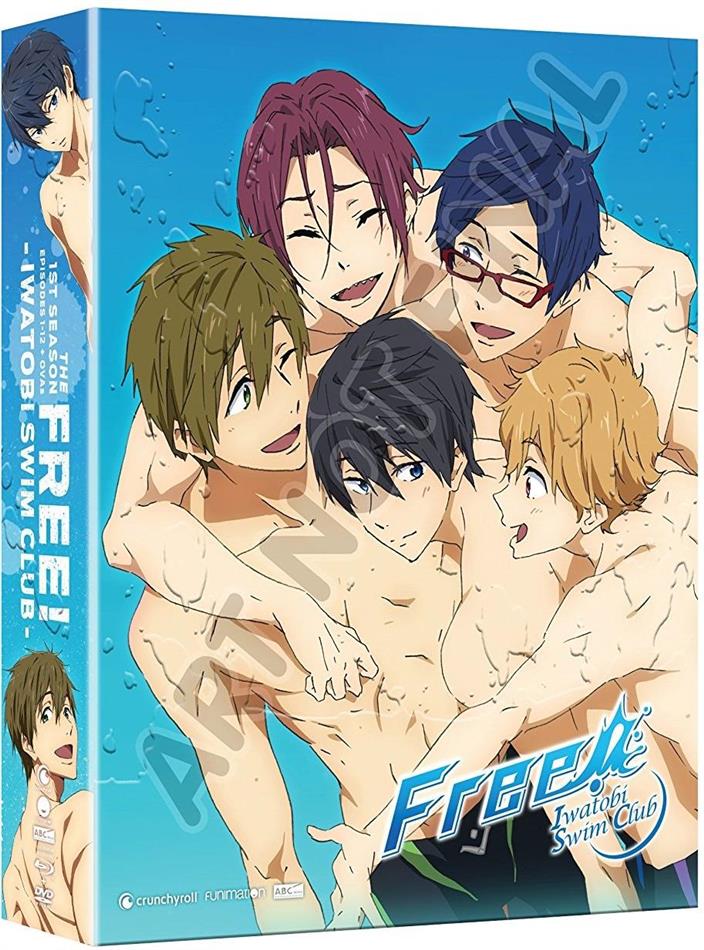 When you're ten, they call you a prodigy. When you're fifteen, they say you're a genius. Once you're twenty, however, you're just ordinary. Haruka Nanase has just three more years to go until he's normal, but until then, he's got an unusual obsession with water. In the morning, he soaks in the tub. For breakfast, he eats fish. And of course, he's always wearing his swimming trunks-no matter where he goes! That's pretty strange, given that he doesn't swim much any more. Despite meeting his friends-Nagisa, Makoto, and Rin-in a swimming club in elementary school, he's never shown interest in joining a new swimming club. The reason lies in the past, with a trophy buried underneath a condemned building, and in Rin, who left to train overseas. The past isn't so far away, however, as the four friends reunite-with Rin throwing their trophy away, and challenging Haruka to a race! What's become of their friend, and why is it that even when Rin wins, he loses? Don't forget your swimming trunks and your eye for fine triceps when you jump into this DVD boxed set containing all 12 episodes of the first season of Free!