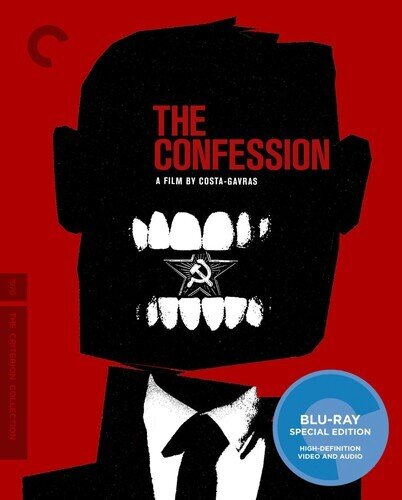 The master of the political thriller, Costa-Gavras, became an instant phenomenon after the mammoth success of Z, and he quickly followed it with the perhaps even more riveting The Confession. Based on a harrowing true story, the film stars Yves Montand (The Wages of Fear) as an influential Czechoslovak dignitary who, in the early fifties, was abducted, imprisoned, and interrogated by fellow members of his country`s Communist ruling party - their intentions vague, their methods terrifying. Also starring Simone Signoret (Diabolique) and Gabriele Ferzetti (L`avventura), Costa-Gavras`s film is an unflinching depiction of a troubled historical period and the miasma of twentieth-century politics.

- New 4K digital restoration
- You Speak of Prague: The Second Trial of Artur London (1971), a twenty-one-minute documentary by Chris Marker shot on the set of The Confession
- New interview with the film`s editor, Françoise Bonnot
- Conversation between director Costa-Gavras and programmer and scholar Peter von Bagh about the director`s life and career, from the 1988 Midnight Sun Film Festival
- Portrait London, a 1981 interview with Artur and Lise London, the real-life figures on whose story the film is based
- Interview with actor Yves Montand from 1970
- New interview with John Michalczyk, author of Costa-Gavras: The Political Fiction Film
- New English subtitle translation
- Plus: An essay by film scholar Dina Iordanova