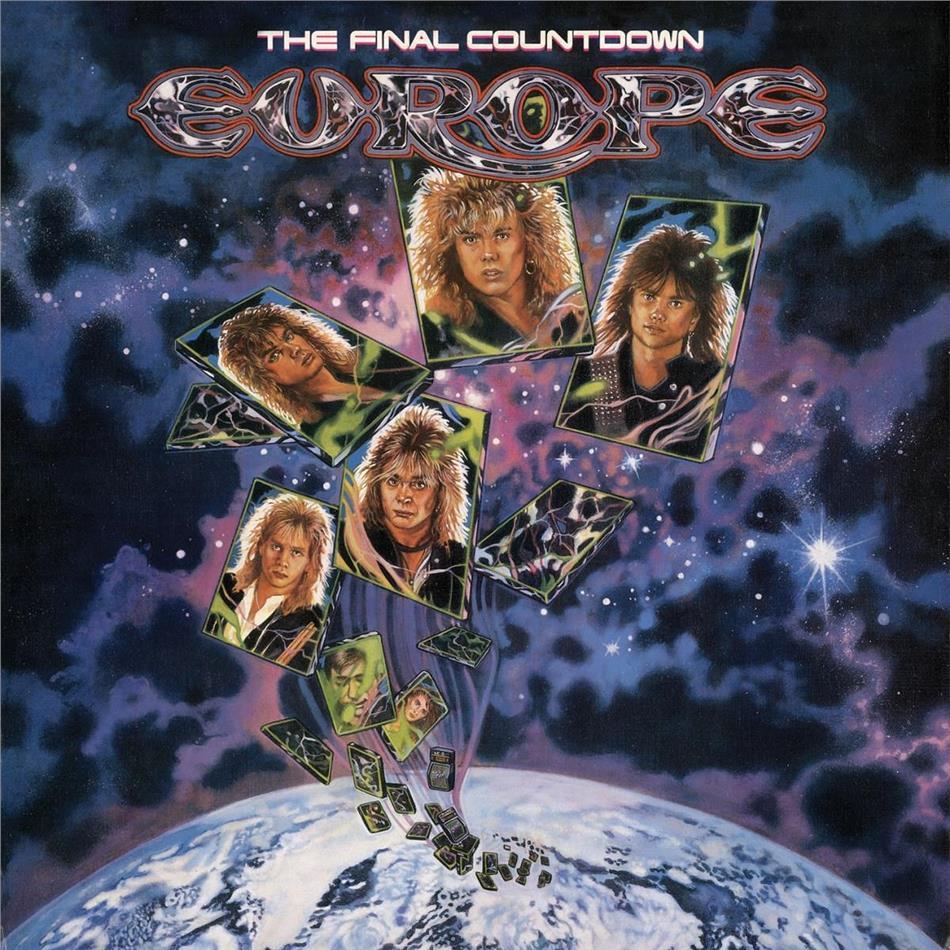 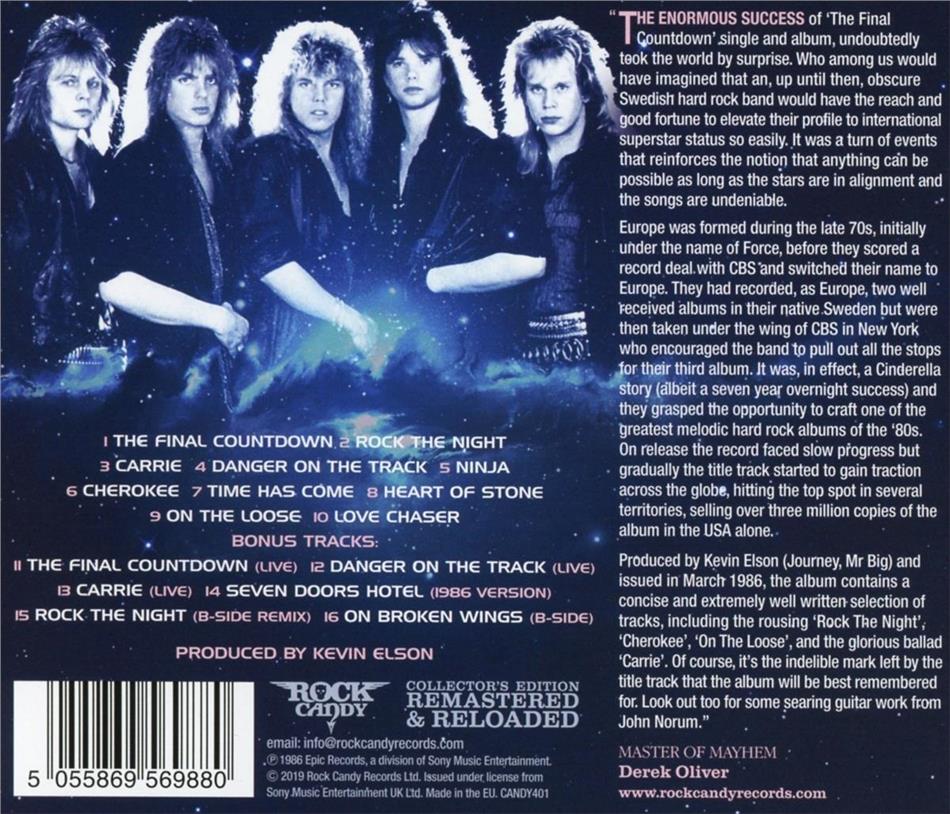 Special Limited Deluxe Collector's Edition/ Fully Remastered Sound shaped from 24 bit digital technology / 6 Bonus Tracks / Classic chart topping AOR / 16-page full colour booklet 4,000 word essay, 6 bonus tracks, enhanced artwork, memorabilia, rare photos and involvement from the band The enormous success of 'The Final Countdown' single and album, undoubtedly took the world by surprise. Who among us would have imagined that an, up until then, obscure Swedish hard rock band would have the reach and good fortune to elevate their profile to international superstar status so easily. It was a turn of events that reinforces the notion that anything can be possible as long as the stars are in alignment and the songs are undeniable. Europe was formed during the late 70s, initially under the name of Force, before they scored a record deal with CBS and switched their name to Europe. They had recorded, as Europe, two well received albums in their native Sweden but were then taken under the wing of CBS in New York who encouraged the band to pull out all the stops for their third album. It was, in effect, a Cinderella story (albeit a seven year overnight success) and they grasped the opportunity to craft one of the greatest melodic hard rock albums of the '80s. On release the record faced slow progress but gradually the title track started to gain traction across the globe, hitting the top spot in several territories, selling over three million copies of the album in the USA alone. Produced by Kevin Elson (Journey, Mr Big) and issued in March 1986, the album contains a concise and extremely well written selection of tracks, including the rousing Rock The Night , Cherokee , On The Loose , and the glorious ballad Carrie . Of course, it's the indelible mark left by the title track that the album will be best remembered for. Look out too for some searing guitar work from John Norum.