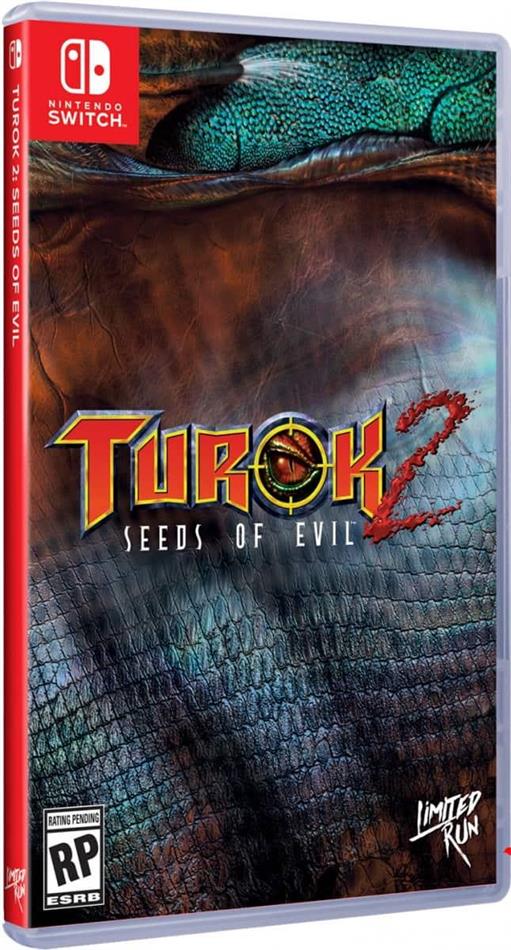 The sequel to the hit game Turok is now available, featuring a host of enemies, weapons, missions, locations and a new multiplayer mode. Remastered for the Switch using a new engine with improved graphics, Turok 2 will transport players into sprawling environments with vicious enemies lurking behind every corner. Having defeated the Campaigner, Turok throws the Chronocepter into a waiting volcano to destroy it. Unfortunately the blast awakens an even deadlier force - The Primagen. Once again a Turok is tasked with restoring peace to the land and stopping the Primagen from merging Earth with the nether world. The Dinosaur Hunter Returns Fight your way through 35 different types of enemies with bouncing bellies, blinking eyes, stretching tentacles and snapping jaws. From Prehistoric Raptors, to evolved Flesh Eaters, to your final battle with the Mother of all beasts— you’ll want to defeat all of them! Enemies are intelligent! They’re smart enough to attack in groups, to flee when they are outgunned, and to take cover during a firefight. Enemies flinch and spasm differently depending on which body part you hit. Remastered Locations Conquer 6 engrossing Quest Levels including the Port of Adia, the Death Marshes and the Lair of the Blind Ones.