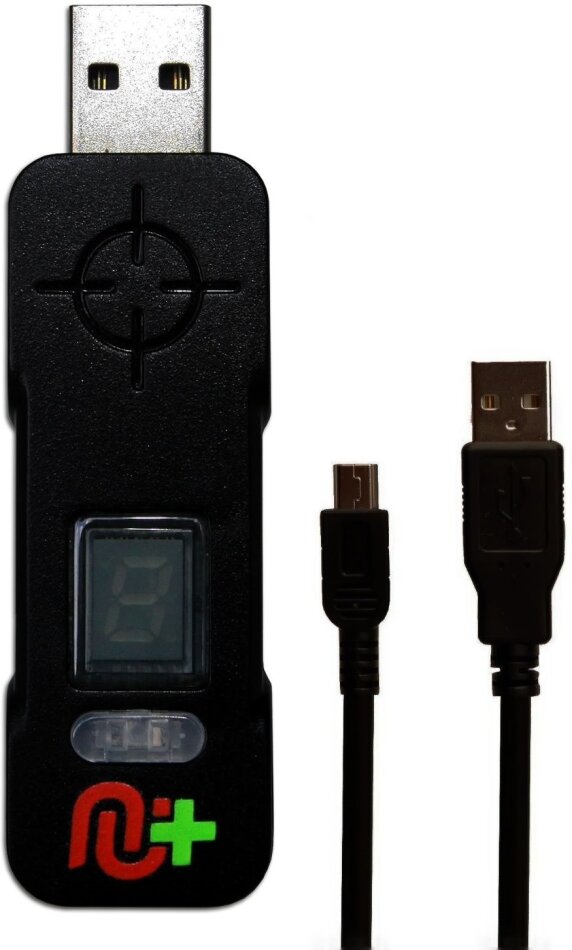 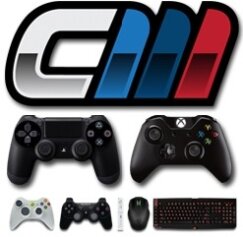 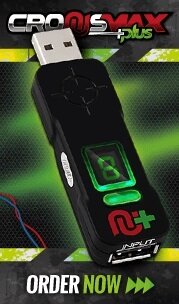 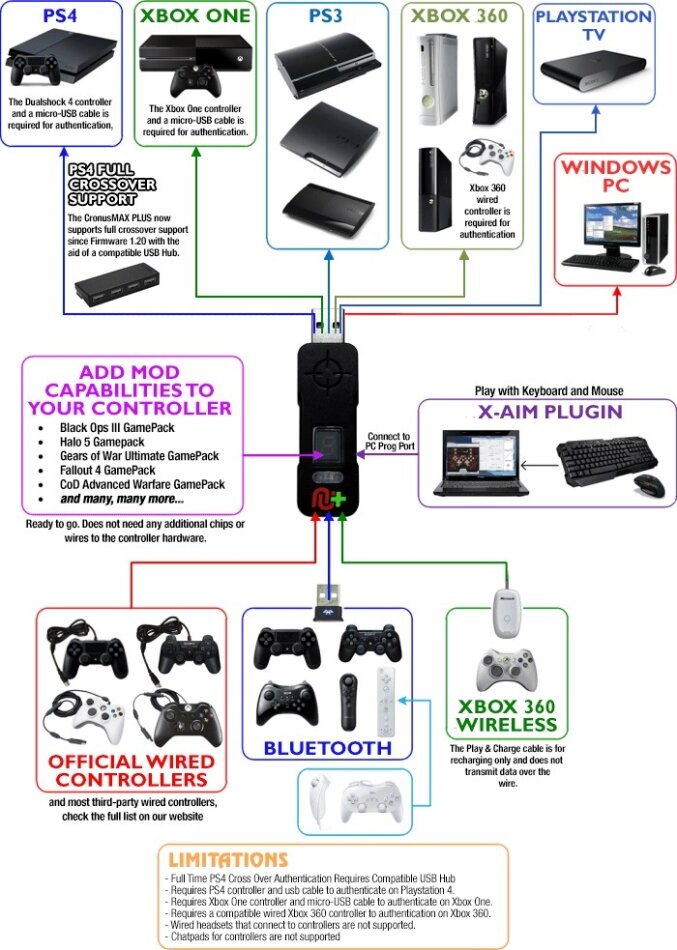 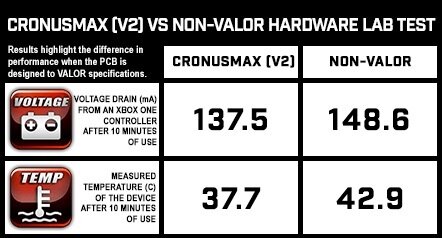 The all new CRONUSMAX PLUS unleashes the true power of video game controllers, unlocking more features than ever before. Re-designed from the ground up, you now have access to powerful modes such as Crossover Gaming which allows you to use your favorite controller on PS4, XBOX ONE, PS3, XBOX 360 or PC! It also converts your controller into a fully loaded war machine without installing any chips or wires with features such as rapidfire, jitter, quickscope, akimbo, drop shot, fast reload, auto breath and much more without spending hundreds of dollars on an expensive modded controller! You can also use a keyboard and mouse on your console, giving you the edge in popular FPS games such as Advanced Warfare, Destiny, Titanfall, Halo MCC, Call of Duty and many more. The award winning CronusMAX PLUS is the worlds most powerful video game controller addon. The CronusMAX PLUS comes with it's own software including a library full of feature-packed GamePacks for many of today's popular titles which are updated by our team of professionals whenever new games are released. There's also a range of plugins so you can create/record/use macros and remap any button or joystick on your controller. Compatible with PS4, XBOX ONE, PS3, XBOX 360, PLAYSTATION TV, ANDROID and PC.

CronusMAX PLUS is the next generation of the greatest cross-compatibility gaming device ever created for the video game industry.

The new CronusMAX PLUS allows you to use your favorite gaming controller on PlayStation 4*, Xbox One**, PlayStation 3, Xbox 360**, PlayStation TV, Android Device**** or Windows PC. Love your DualShock 4 controller but have to use Xbox One at your buddy's house? Or how about you want to use your DualShock 3 on your Windows PC without installing third-party drivers? Not a problem. Just plug in the CronusMAX PLUS device, sync your controller, and you are ready to go. No hassle. Just play! Gone are the days when you are restricted to using uncomfortable controllers because of the system you are playing on.