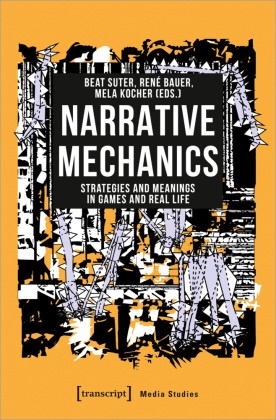 Narrative Mechanics - Strategies and Meanings in Games and Real Life

What do stories in games have in common with political narratives?This book identifies narrative strategies as mechanisms for meaning and manipulation in games and real life. It shows that the narrative mechanics so clearly identifiable in games are increasingly used (and abused) in politics and social life. They have »many faces«, displays and interfaces. They occur as texts, recipes, stories, dramas in three acts, movies, videos, tweets, journeys of heroes, but also as rewarding stories in games and as narratives in society - such as a career from rags to riches, the concept of modernity or market economy. Below their surface, however, narrative mechanics are a particular type of motivational design - of game mechanics.