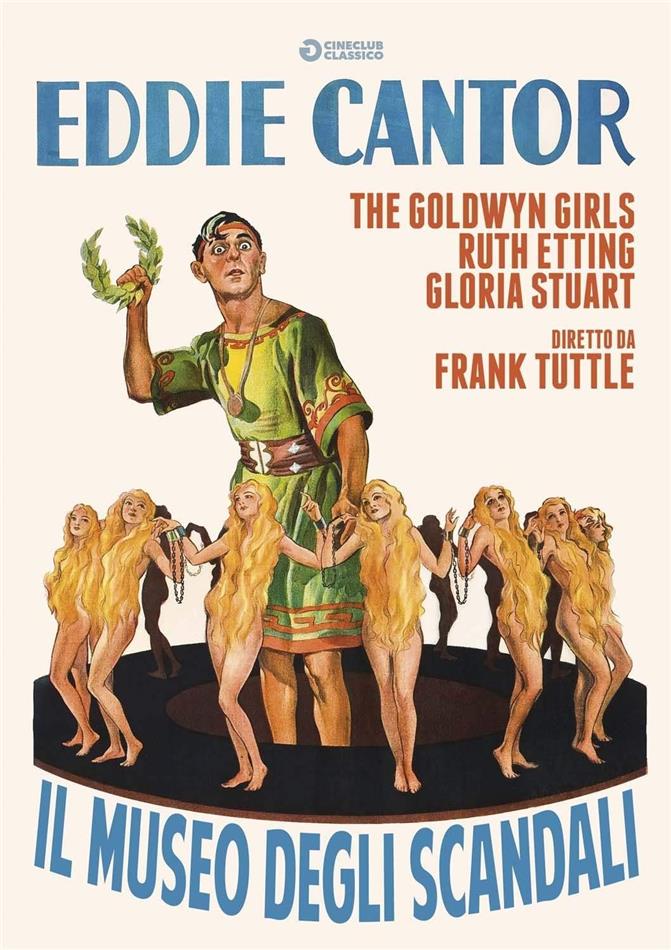 Young Eddie (Eddie Cantor), amateur historian of Ancient Rome and full-time resident of West Rome, Oklahoma, finds himself facing uncertain exile after crossing the ruthless oligarchs that run his town. Declaring that such corrupt shenanigans would never have been tolerated in the Rome of yore, Eddie soon collides with a cart after his banishment and is rendered unconscious. Transported across aeons in his dream state, Eddie, now Oedipus, is quickly sold into slavery and embroiled in senatorial shenanigans against the life of the emperor (Edward Arnold). Based upon the rollicking Broadway show by George S. Kaufman and Robert E. Sherwood, Scandals songs include All of Me, Take All of Me, Dinah, Is There Anyone But Dinah? and No More Love. It's stars include Ruth Etting, Gloria Stuart, and the Goldwyn Girls, not to mention a very young Lucille Ball making her feature debut as one of the slave girls.