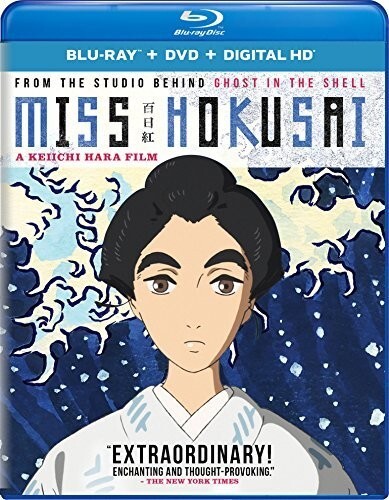 Set in 1814 Edo (now known as Tokyo), a much accomplished artist of the time works tirelessly in his house-atelier. He is as short-tempered and sarcastic as he is brilliant, with no passion for money or meaningless pastimes like drinking. His name is Katsushika Hokusai and decades later his work would come to mesmerise Degas, Van Gogh, Monet, Klimt and Debussy.

But very few were aware of the woman who often painted for him while remaining uncredited. This is the untold story of O-Ei, Master Hokusais daughter, a free-spirited woman overshadowed by her larger-than-life father. She inherited both his stubbornness and his talent, and her art is so powerful that it leads her to trouble.