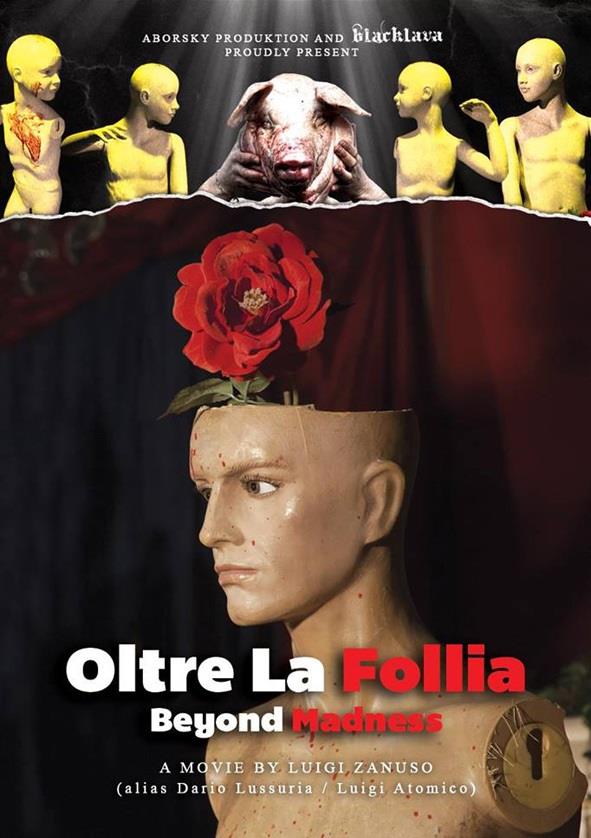 EPISODE 1: A GAME OF MADNESS A woman perform erotic and surreal dancing with the music of Rossini and giving their body fluids to the guests of this unexpected trough of truth and wisdom.
EPISODE 2: ARROGANT MAN S FOLLY
A woman eats meat and offal: is the man who eats himself; the arrogance of power that crushes the losers relegating them to sacrificial victims. A fierce critic of modern society.
EPISODE 3: A SMALL DOSE OF MADNESS
A woman sits in front of a mirror and begins to have terrifying visions. A double dream surreal and frightening. The man is total lack of communication.
EPISODE 4: THE REASON IS ONLY APPEARANCE
Men feed killing innocent animals. The madness of Michelle, Rosario Gallardo and Sara Lux offer a social protest in key porn horror memorable and frightening.
EPISODE 5: MEDITATION ON DEATH
A Dionysian frenzy overwhelms the characters leading them to orgasm, which coincides with their death. Only the beauty will save the world.
EPISODE 6: EYES ARE THE MIRROR OF SOUL
A mysterious woman feeds on blood and pig eyes. And the symbol of corrupt and decadent society of the twenty-first century.
EPISODE 7: THE HUMAN COMEDY
A woman sodomized a man and then she is itself sodomized by a pig. It is the revenge animal advancing. Animals revenge. Love and tenderness does not have space or time.
EPISODE 8: ESCAPE FROM banality EXISTENCE
A conductor directs mannequins having nightmares. The surreal triumphs in a crescendo of madness glossy.

Show description in a different language