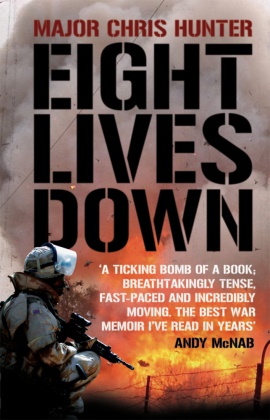 Shipping usually within 3 to 5 weeks

Informationen zum Autor Chris Hunter joined the British Army in 1989 at sixteen. He was commissioned from Sandhurst at twenty-one and later qualified as a counter-terrorist bomb disposal operator. He served with a number of specialist counter-terrorism units and during his career was deployed to numerous operational theatres, including the Balkans, Northern Ireland, Colombia, Afghanistan and Iraq. For his actions during his Iraq tour he was awarded the Queen's Gallantry Medal by HM Queen Elizabeth II. Klappentext Chris Hunter has one of the most dangerous jobs in the world. He's a bomb technician in Iraq and it's a perilous game of Russian Roulette. For with each bomb he defuses he risks his life. Just when he thought that life couldn't get any more precarious, the stakes are raised and he receives a very specific threat. Someone wants the golden haired bomb man in Basra dead. And they won't stop until they find him. Zusammenfassung SEARING HEATYou have the most dangerous job in the world's most dangerous place. You are responsible for bomb disposal in the British sector of Iraq.You are the last defence against oblivion. , COLD FEARYou are up against some of the most sophisticated bombmakers in the world.