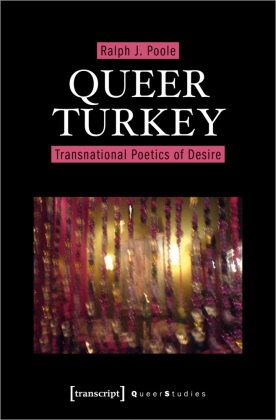 Before President Erdogan's repressive politics took hold, queer cultures were more visible than ever in Turkey. Queer Turkey offers a broad range of reflections on queer Turkish cultures within a transnational, Euro-American context. Based on his experience in Istanbul, Ralph J. Poole shares his impressions of queer desires between Muslim tradition and global pop, observes what goes on in the hamam, and wonders about Arabesk culture.The book features discussions of queer travel writers, poets, playwrights, and film directors. Their multifarious works manifest the subtle and subversive ways in which artists crisscross the cultural borders of East and West. With its many facets of Turkish-Euro-American cultural interactions, Queer Turkey outlines a kaleidoscope of transnational poetics.

Ralph J. Poole is an American-German researcher who teaches as professor of American studies at the University of Salzburg, Austria. Amongst his publications is a book-length study on the avant-garde tradition in American theater, a book on satirical and autoethnographical cannibal texts and an essay collection on dangerous masculinities. His main research interests are gender and queer studies, popular culture, and transnational American studies.