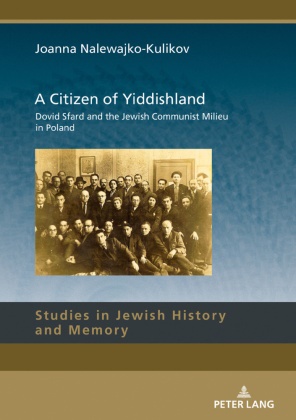 This pioneering study shows what brought Yiddish-speaking Jewish intelligentsia to the Communist movement in the interwar years. They believed that Communism is not only a way to solve the Jewish problem but also to save the Yiddish culture. Biography of the central protagonist of the book, a Yiddish writer Dovid (David) Sfard, is just a pretext to show a full range of Jewish Communist activists (such as Hersh Smolar, Bernard Mark, Szymon Zachariasz, etc.) and their life choices. This relatively small milieu influenced and controlled the Jewish life in post-war Poland until the anti-Semitic campaign of 1968. Their lives, reconstructed thanks to sources in several languages, make up a panorama of Jewish Communist experience in 20th-century Eastern Europe.

Joanna Nalewajko-Kulikov is an associate professor at the Tadeusz Manteuffel Institute of History in the Polish Academy of Sciences. Her research interests include history of East European Jewry in the 19th and 20th centuries, Polish-Jewish relations and history of Yiddish culture. She is a cofounder of the Polish Association of Yiddish Studies.