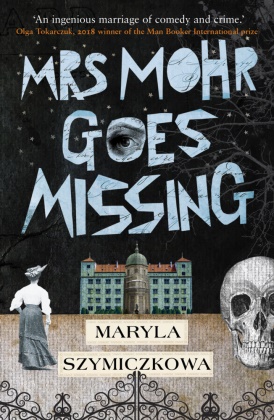 'An ingenious marriage of comedy and crime.' Olga Tokarczuk, 2018 winner of the Nobel Prize in Literature
'The sprightly narrative and vivid evocation of turn-of-the-century Poland make for an enjoyable tale.' Guardian
'It's fun and sparky and the glimpse of turn-of-the-century Polish manners and mores is beguiling.' Daily Mail
'The story fuses high comedy with an evocative portrayal of the period.' Sunday Express
For fans of The Thursday Murder Club and Frank Tallis's Vienna Blood comes the thrilling opener to a new Agatha Christie-style mystery series set in Poland
Cracow, 1893. Desperate to relieve her boredom and improve her social standing, Zofia Turbotynska decides to organise a charity raffle. In a bid to recruit the patronage of elderly aristocratic ladies, she visits Helcel House, a retirement home run by nuns.
But when two of the residents are found dead, Zofia discovers that her real talents lie in solving mysteries.
Inspired by Agatha Christie and filled with period character and zesty charm, series opener Mrs Mohr Goes Missing vividly recreates life in turn-of-the-century Poland, confronting a range of issues from class prejudice to women's rights, and proves that everyone is capable of finding their passion in life, however unlikely that passion may seem.

'Strong-minded Zofia is an appealing character and the sprightly narrative and vivid evocation of turn-of-the-century Poland make for an enjoyable tale.'
Guardian