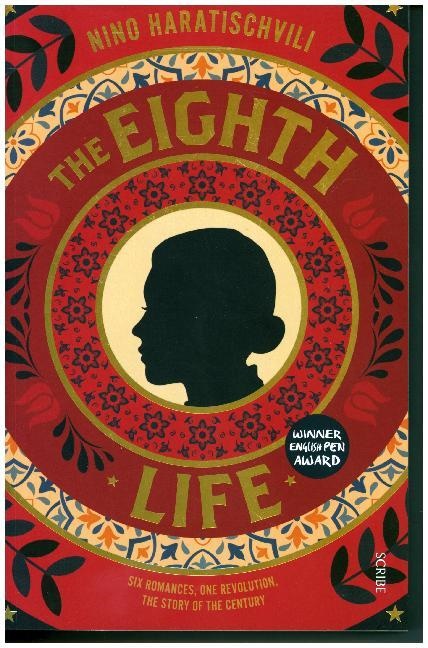 An international phenomenon: the unputdownable story of seven women living through the greatest drama of the twentieth century. 1900, Georgia: in the deep south of the Russian Empire, Stasia, the daughter of a famous chocolatier, dreams of ballet in Paris, but marries a soldier, and finds herself caught up in the October Revolution. Escaping with her children, she finds shelter with her unworldly sister Christine, whose beauty, fatally, has caught the eye of Stalin's henchman. Disastrous consequences ensue for the whole family 2006, Germany: after the fall of the Iron Curtain Georgia is shaken by a civil war. Niza, Stasia's brilliant great-granddaughter, has broken from her family and moved to Berlin. But when her 12-year-old niece Brilka runs away, Niza must track her down and tell her the truth about their family - and about the secret recipe for hot chocolate, which has given both salvation and misfortune over six generations. Truly epic and utterly absorbing, The Eighth Life is a novel of seven exceptional lives lived under the heat and light of empire, revolution, war, repression, and liberation. It is the story of the century.

Nino Haratischvili was born in Georgia in 1983, and is an award-winning novelist, playwright, and theatre director. At home in two different worlds, each with their own language, she has been writing in both German and Georgian since the age of twelve. In 2010, her debut novel Juja was nominated for the German Book Prize, as was her most recent Die Katze und der General in 2018. In its German edition, The Eighth Life was a bestseller, and won the Anna Seghers Prize, the Lessing Prize Stipend, and the Bertolt Brecht Prize 2018. It is being translated into many languages, and has already been a major bestseller on publication in Holland, Poland, and Georgia.
Charlotte Collins studied English Literature at Cambridge University, and worked as an actor and radio journalist in Germany and the UK before becoming a literary translator. She received the Goethe-Institut’s Helen and Kurt Wolff Translator’s Prize in 2017 for Robert Seethaler’s A Whole Life, which was also shortlisted for the Man Booker International Prize and the International Dublin Literary Award. Her other translations include Seethaler’s The Tobacconist and The End of Loneliness by Benedict Wells.

Ruth Martin has a PhD in German literature and philosophy from the University of London. Her recent translations include Volker Weidermann’s Dreamers, Michael Köhlmeier’s novels Two Gentlemen on the Beach and Yiza, short fiction by Joseph Roth, and essays by Hannah Arendt. She has taught translation to undergraduates at Birkbeck and the University of Kent, and is currently co-chair of the Society of Authors Translators Association.

Six romances, one revolution, the story of the century.

‘That night Stasia took an oath, swearing to learn the recipe by heart and destroy the paper. And when she was lying in her bed again, recalling the taste with all her senses, she was sure that this secret recipe could heal wounds, avert catastrophes, and bring people happiness. But she was wrong.’

At the start of the twentieth century, on the edge of the Russian Empire, a family prospers. It owes its success to a delicious chocolate recipe, passed down the generations with great solemnity and caution. A caution which is justified: this is a recipe for ecstasy that carries a very bitter aftertaste …

Stasia learns it from her Georgian father and takes it north, following her new husband, Simon, to his posting at the centre of the Russian Revolution in St Petersburg. Stasia’s is only the first in a symphony of grand but all too often doomed romances that swirl from sweet to sour in this epic tale of the red century.

Tumbling down the years, and across vast expanses of longing and loss, generation after generation of this compelling family hears echoes and sees reflections. Great characters and greater relationships come and go and come again; the world shakes, and shakes some more, and the reader rejoices to have found at last one of those glorious old books in which you can live and learn, be lost and found, and make indelible new friends.

'It reminded me of Gone with the Wind crossed with 100 Years of Solitude.'