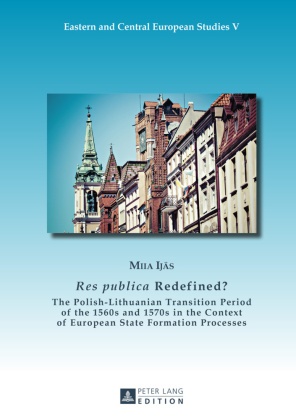 "Res publica" Redefined? - The Polish-Lithuanian Transition Period of the 1560s and 1570s in the Context of European State Formation Processes

The union of Poland and Lithuania was ruled by the Jagiellon royal house from 1385-1572, after which a political transition to an elective monarchy was undertaken. This book studies the political transition from the Jagiellon dynasty to an elective monarchy as a political decision-making process in the 1560s and 1570s. It focuses on the Polish-Lithuanian nobility and clergy as 'king-makers' and their relationship with the monarchy. In addition, special attention is paid to the issue of transnational influences and the way in which the international state system affected events in Poland-Lithuania. Thus, this particular political transition is considered in the context of the great events of early modern Europe, such as the Reformation and state-formation processes.

Contents: The Alleged Outsider of European Developments - Early Modern State Formation - in Theory and in Practice - Identification of the Forthcoming Change - Preparations for the Transition - Between Alternatives: the Royal Elections of 1573 and 1575 - The Confirmation of Polish-Lithuanian Statehood - Conclusions: The Polish-Lithuanian Transition Period of the 1560s and 1570s in the Context of European State Formation Processes.

Miia Ijäs is a Finnish historian who completed her doctoral degree at the University of Tampere. She is specialized in the political history of Central Eastern Europe and the Baltic Sea area during the modern and early modern periods.