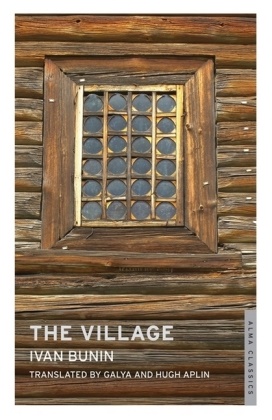 Zusatztext I do not know any other writer whose external world is so closely tied to another, whose sensations are more exact and indispensable, and whose world is more genuine and also more unexpected. Informationen zum Autor Ivan Alekseyevich Bunin (1870-1953) was the first Russian writer to win the Nobel Prize for Literature. His last book of fiction, Dark Avenues, is arguably the most widely read 20th-century collection of short stories in Russia. Klappentext The Village, Ivan Bunin's first full-length novel, is a bleak and uncompromising portrayal of rural life in south-west Russia. Set at the time of the 1905 Revolution and centring on episodes in the lives of a landowner and his self-educated peasant brother, the book follows characters sunk so far below the average of intelligence as to be scarcely human. A triumph of bitter realism, Bunin's cruel, lyrical prose reveals the pettiness, violence and ignorance of life on the land, foreshadowing the turbulences of Russia in the twentieth century. Zusammenfassung At once nostalgic for a bygone more innocent age and foreshadowing the turbulences of the twentieth century, Bunin's narrative is a triumph of bitter realism, shot through with the author's classical style and precision of language.