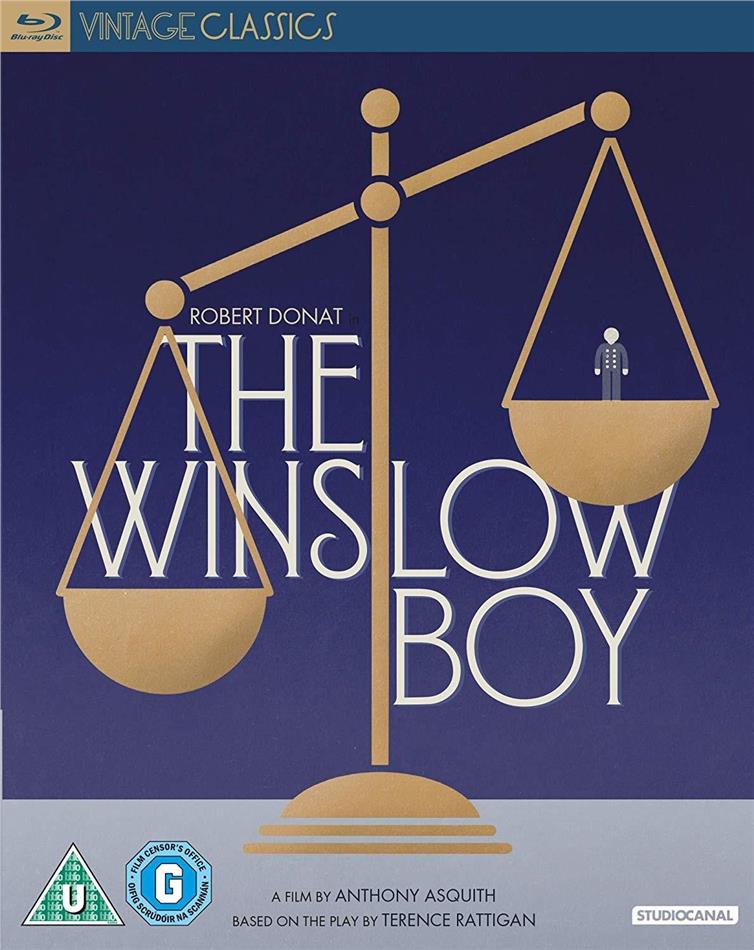 Directed by Anthony Asquith (The Browning Version, Pygmalion) and adapted from the seminal play by Terence Rattigan (The Deep Blue Sea Separate Tables) THE WINSLOW BOY is a classic tale of standing up to bureaucracy and one family’s testing fight for justice. Based on real life events, The Winslow Boy, Starring Robert Donat (The 39 Steps, Goodbye Mr Chips) as Sir Robert Morton and Basil Radford (Whiskey Galore, The Lady Vanishes) as Desmond Curry the story follows the tribulations of an Edwardian naval cadet who is accused of the theft of a 5 shilling postal order, then expelled from his academy. On returning home his father becomes determined to clear his name and prove his innocence after what he considers an unfair internal enquiry. During his pursuit for justice the case eventually reaches The House Of Commons to cause public outcry and a political furore. A thoroughly British, searing drama about the conquest for truth and the sacrifices that come with it.