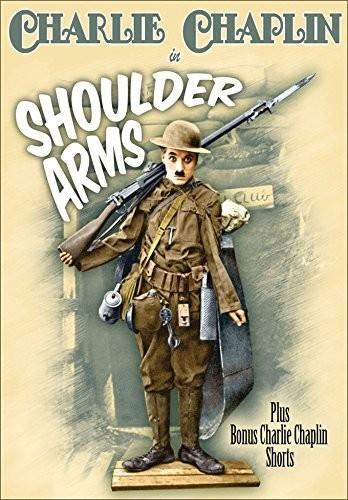 Having just signed to First National Pictures, Charlie Chaplin was anxious to turn his satirical eye on World War I. The studio insisted that the conflict was no laughing matter, but Chaplin persisted, finally directing the movie himself (his first time behind the camera). In Shoulder Arms, Charlie is the clumsiest soldier in his company, dubbed The Awkward Squad . Once in the trenches, Charlie becomes a hero, capturing German soldiers and rescuing a pretty French girl (played by Edna Purviance). He even faces down the Kaiser himself...but is it all just a dream? By the time the film was released on October 20, 1918, the Armistice ending the war was only weeks away from being signed, meaning that audiences felt more comfortable laughing at Chaplin s antics. Shoulder Arms thus became one of Charlie s earliest box-office triumphs, and serves as a worthy bookend to his other wartime masterpiece, The Great Dictator (1940).