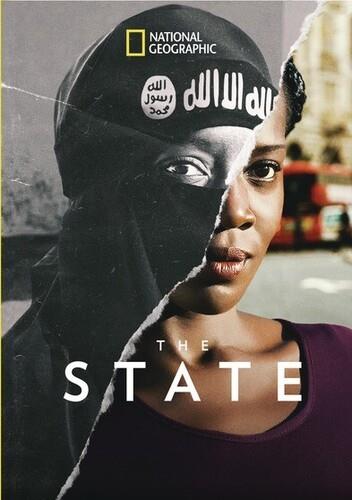 The State is a powerful and hard-hitting new drama from the award-winning writer/director Peter Kosminsky (Wolf Hall, The Promise). A compelling and topical fictional story, based on extensive research, it follows the experiences of four young British men and women who leave their lives behind to join ISIS in Syria.We meet Shakira, a doctor, and her young son Isaac, Ushna, a 16 year-old who sneaks out of her parents’ house, and childhood friends Jalal and Ziyaad, both 19, as they travel across borders and undertake training, including learning how to use a suicide belt. Jalal is following in the footsteps of his brother, who also defected to ISIS and died a martyr. It’s soon made clear to the him and Ziyaad that their ultimate goal is also martyrdom: there will be no higher honour than dying on the battlefield. Shakira meanwhile is desperate to put her medical training to good use but is disappointed to learn that she is expected to become a wife and perform only domestic duties. Unflinching in its portrayal of the hardships, brutality and everyday realities of life as members of the Islamic State, The State is a truly compelling drama, exploring one of the most complex and troubling issues of our age.