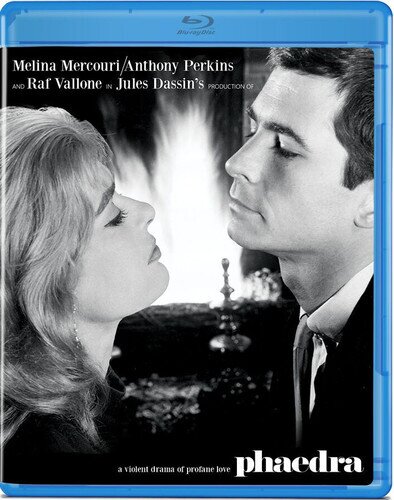 Loosely based on the writings of Euripides, Phaedra stars international screen sensation Melina Mercouri (Never on Sunday) in the title role of a woman, as the theatrical trailer announced, who “had everything … was queen … until destiny uprooted her world.”

Set against some of Europe’s most beautiful backdrops including Paris, London and Greece, Phaedra presents its classical mythological tropes in a modern setting, where the beautiful, moneyed and bored Phaedra will face the tragic results of a doomed love affair with her stepson, Alexis (Anthony Perkins, Psycho). Raf Vallone is cast as Thanos, Phaedra’s Greek shipping magnate husband.