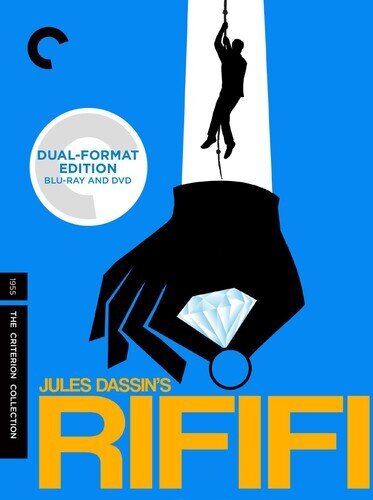 Following Tony, le Stéphanois, a master thief fresh out of jail, wearing a harried look and suffering ill health he refuses to be involved with crime, until he finds his girlfriend shacked up with a rival gangster. With little reason to keep living he plans a final job. Tony sets about finding his crew and meticulously planning the job; a robbery of the jewellery store Mappin & Webb. Rififi revolves around the central heist, famed for its finite detail and incredible tension, but the drama does not end at the heist like so many other crime films. Dassin s film is a humanist tale that hinges on the loyalty among thieves and draws on the fatalistic, doom laden lives common to crooks and thieves in pulp literature.

After making such American noir classics as The Naked City and Brute Force, blacklisted director Jules Dassin went to Paris and embarked on his masterpiece: a twisting, turning tale of four ex-cons who hatch one last glorious heist in the City of Lights. At once naturalistic and expressionistic, this melange of suspense, brutality, and dark humor was an international hit and earned Dassin the Best Director prize at the Cannes Film Festival. Criterion is proud to present Rififi in a pristine digital transfer.