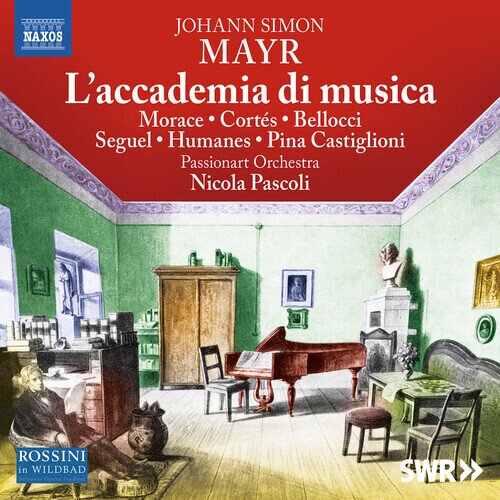 Johann Simon Mayr was among the most successful composers prior to Rossini, and while he was long remembered as Donizetti's teacher his excellent music is now gaining the recognition it deserves. L'accademia di musica is a single-act farsa or comedy, it's narrative a variation on the familiar situation of an elderly rich man trying to seduce and marry his young maid and the complications and intrigues that ensue, including 'play within a play' and a concert held as part of the opera. With it's vaudeville finale and metaphorical touches, this opera simultaneously recalls 18th-century traditions and anticipates Rossini.