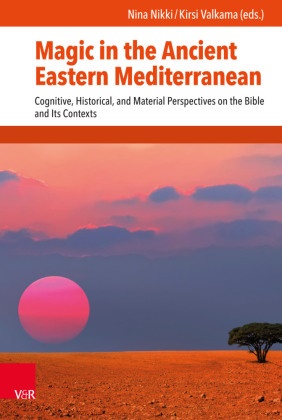 Magic in the Ancient Eastern Mediterranean - Cognitive, Historical, and Material Perspectives on the Bible and Its contexts

Magic in the Ancient Eastern Mediterranean: Cognitive, Historical, and Material Perspectives brings together articles with the shared conviction that the category of magic remains useful in religious studies and provides new insights to biblical and related texts and artifacts. Historically, magic has been considered in both scholarly and popular discourse to be questionable, obscure, and potentially subversive. 19th century scholars of religion viewed magical beliefs and practices as primitive and inferior compared to Judeo-Christian forms of worship, which were considered true "religion". More recently, the category has been defended especially by scholars of the cognitive science of religion, who find it useful for delineating a set of beliefs and practices fundamental to all forms of religion. The volume joins current scholarship in refraining from using the concept as an othering device and in arguing that it can still serve as a helpful analytical tool. In addition to analyzing the discourse on magic in both ancient literature and modern scholarship, the articles provide individual examples of how literary and material culture attest to the existence of magical beliefs and practices in sources from the Ancient Near East to the Byzantine Period.The book is divided into three parts. The contributions in the first part approach magic from the theoretical perspective of cognitive studies, ritual studies, and cultural evolution, while the rest of the book focuses on how magic and magicians are understood in ancient sources. The second part discusses a specific set of textual material dealing with blessings and curses. The third part of the volume discusses the world of various destructive celestial beings, from which one and one's loved ones had to be defended, as well as the multitude of protective beings such as angels.