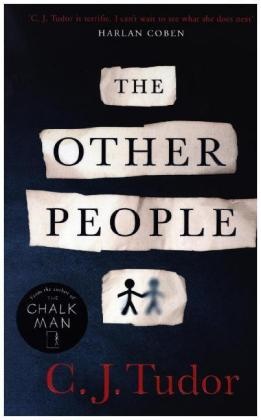 If you loved The Chalk Man and The Taking of Annie Thorne then pre-order C. J. Tudor's chilling new novel now . . .

She mouths one word: 'Daddy.'

It's his five-year-old daughter, Izzy.

He never sees her again.

Three years later, Gabe spends his days and nights travelling up and down the motorway, searching for the car that took his daughter, refusing to give up hope, even though most people believe that Izzy is dead.

Fran and her daughter, Alice, also put in a lot of miles on the motorway. Not searching. But running. Trying to keep one step ahead of the people who want to hurt them.

Because Fran knows the truth. She knows what really happened to Gabe's daughter. She knows who is responsible. And she knows what they will do if they ever catch up with her and Alice . . .

'Some writers have it, and C. J. Tudor has it big time. The Taking of Annie Thorne is terrific in every way' Lee Child

C. J. Tudor's love of writing, especially the dark and macabre, started young. When her peers were reading Judy Blume, she was devouring Stephen King and James Herbert.
Over the years she has had a variety of jobs, including trainee reporter, radio scriptwriter, dog walker, voiceover artist, television presenter, copywriter and, now, author.
Her first novel, The Chalk Man, was a Sunday Times bestseller and has sold in over forty countries.
Twitter @CJTudor
Facebook @CJTudorOfficial