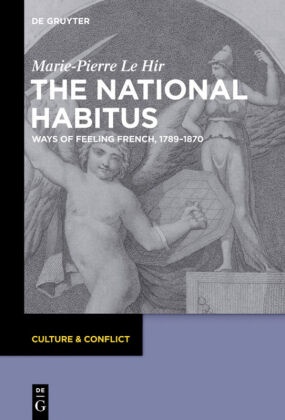 Culture and conflict inevitably go hand in hand. The very idea of culture is marked by the notion of difference and by the creative, fraught interaction between conflicting concepts and values. The same can be said of all key ideas in the study of culture, such as identity and diversity, memory and trauma, the translation of cultures and globalization, dislocation and emplacement, mediation and exclusion. This series publishes theoretically informed original scholarship from the fields of literary and cultural studies as well as media, visual, and film studies. It fosters an interdisciplinary dialogue on the multiple ways in which conflict supports and constrains the production of meaning, on how conflict is represented, how it relates to the past and projects the present, and how it frames scholarship within the humanities. Editors:Isabel Capeloa Gil, Catholic University of Portugal, Lisbon, Portugal; Paulo de Medeiros, University of Warwick, UK, Catherine Nesci, University of California, Santa Barbara, USA. Editorial Board:Arjun Appadurai, New York University,Claudia Benthien, Universität Hamburg,Elisabeth Bronfen, Universität Zürich,Bishnupriya Ghosh, University of California, Santa Barbara,Joyce Goggin, Universiteit van Amsterdam,Lawrence Grossberg, University of North Carolina at Chapel Hill,Andreas Huyssen, Columbia University,Ansgar Nünning, Universität Gießen,Naomi Segal, University of London, Birkbeck College,Márcio Seligmann-Silva, Universidade Estadual de Campinas,António Sousa Ribeiro, Universidade de Coimbra,Roberto Vecchi, Universita di Bologna,Samuel Weber, Northwestern University,Liliane Weissberg, University of Pennsylvania,Christoph Wulf, FU Berlin,Longxi Zhang, City University of Hong Kong

"Marie-Pierre Le Hir's National Habitus will be of interest to nineteenth-century scholars and to all those interested in nationalism and its genesis. Her prose is controlled and clear, leading the reader seamlessly from one author to the next, from one epoch to another. Furthermore, her erudition comes to the fore in her wide-ranging treatment of authors and texts, including those less studied. Ultimately, Le Hir's analysis allows us to turn a critical eye to our own national habitus and thus to begin a process of 'dishabituation' in order to avoid the pitfalls and follies into which nationalism has taken us in the twentieth century, and continues to do in the dawn of the present one."Eduardo A. Febles in: Nineteenth Century French Studies 44,1-2 (2015/2016)