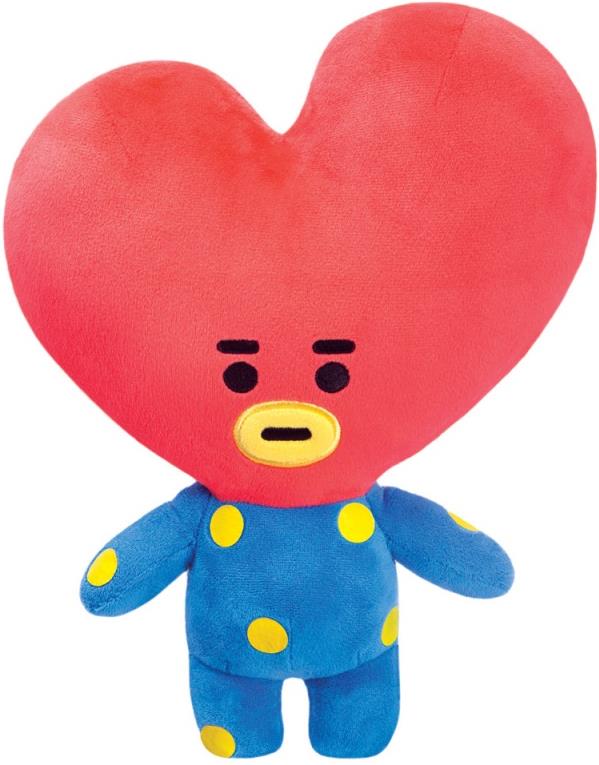 TATA is a crown prince on Planet BT. Possessor of supernatural powers and a hyper-elastic body that stretches to great lengths. #PlanetBT #offthewall #superpowers #Prince

BT21 is a new character IP created by LINE FRIENDS, loved by the millennial generation worldwide. Prince TATA from planet BT, has a super stretchy body as well as other super natural powers. Now you can own TATA as a soft toy. TATA has a soft blue body with yellow spots and a heart shaped head.
Collect all 8 characters: KOYA, RJ, SHOOKY, MANG, CHIMMY, TATA, COOKY, VAN.
Learn about the exciting story of BT21:
UNIVERSTAR BT21
Prince TATA from Planet BT, who had been traveling with VAN, crashed on Earth. In order to spread love, TATA decides to become a star. Finally, they have met six fascinating members: KOYA, RJ, SHOOKY, MANG, CHIMMY, and COOKY to make ‘BT21’, and they are dreaming of becoming the most famous star in the universe, THE UNIVERSTAR! Will BT21 become UNIVERSTAR, and spread love around?