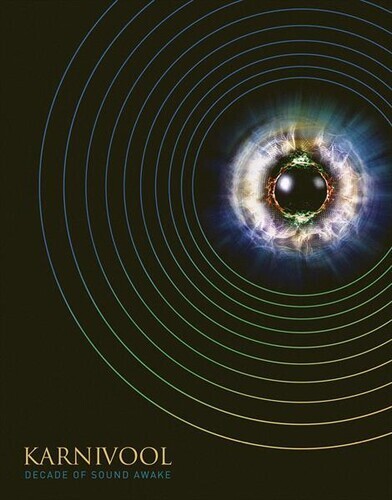 Karnivool present "The Decade of Sound Awake" - a recording of an exclusive livestream event from the Heath Ledger Theatre in their home city of Perth, Western Australia. The one-time livestream event that took place on May 12 2021 saw the band perform their seminal, platinum selling second album "Sound Awake" in it's entirety plus new material and, captured on film properly for the first time, the fan favourite "Fade". Originally planned as a short Australian tour in early 2020, "The Decade of Sound Awake Tour" was rescheduled (twice!) in an attempt to make the tour happen normally, safely and in the way the band had envisioned but that was not possible with what's going on in the world. All gigs on the East Coast of Australia were cancelled. Amidst the enormous disappointment, the West Coast Fremantle shows were allowed to proceed and those EPIC nights made firm the resolve to deliver an equally monumental performance for the world to see. Singled out for it's incredible contemporary design and unique acoustic properties, The Heath Ledger Theatre, is named in honour of the actor. The theatre sits in the CBD of Perth, the remotest city on earth and is far more accustomed to ballet, theatre and orchestra recitals - this beautiful room has not seen or heard the likes of Karnivool! Karnivool's "Sound Awake" captured a moment in time when circumstance, influence and individuals collided, restructured and, with a lot of time, pain and joy became elevated above the sum of the parts. A decade and platinum sales have passed the landmark moment in the career of this band who have always gone their own way. "Sound Awake" is an album heavily informed by the art and science of Cymatics and questioning of an ever changing world. From the structured rage of "Set Fire to the Hive", the monster riffing of "Goliath" and the single that was never a single "New Day", "Sound Awake" is a record full of fan favourites that Kenny, Drew, Hoss, Steve and Jon see as their bench