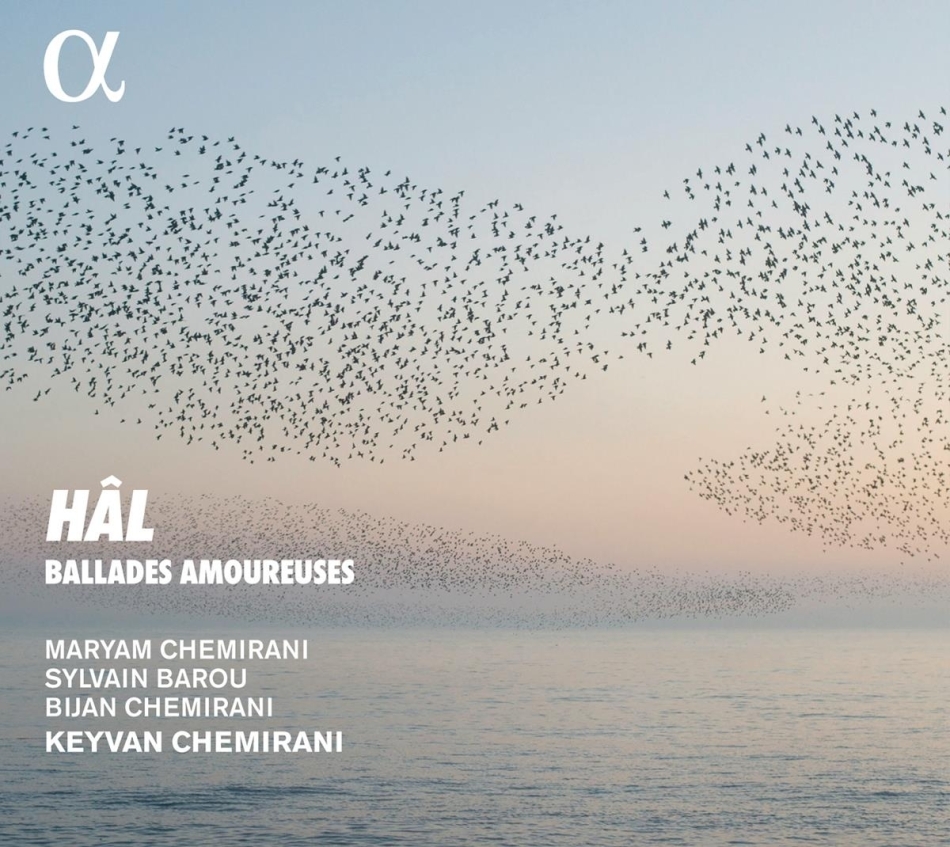 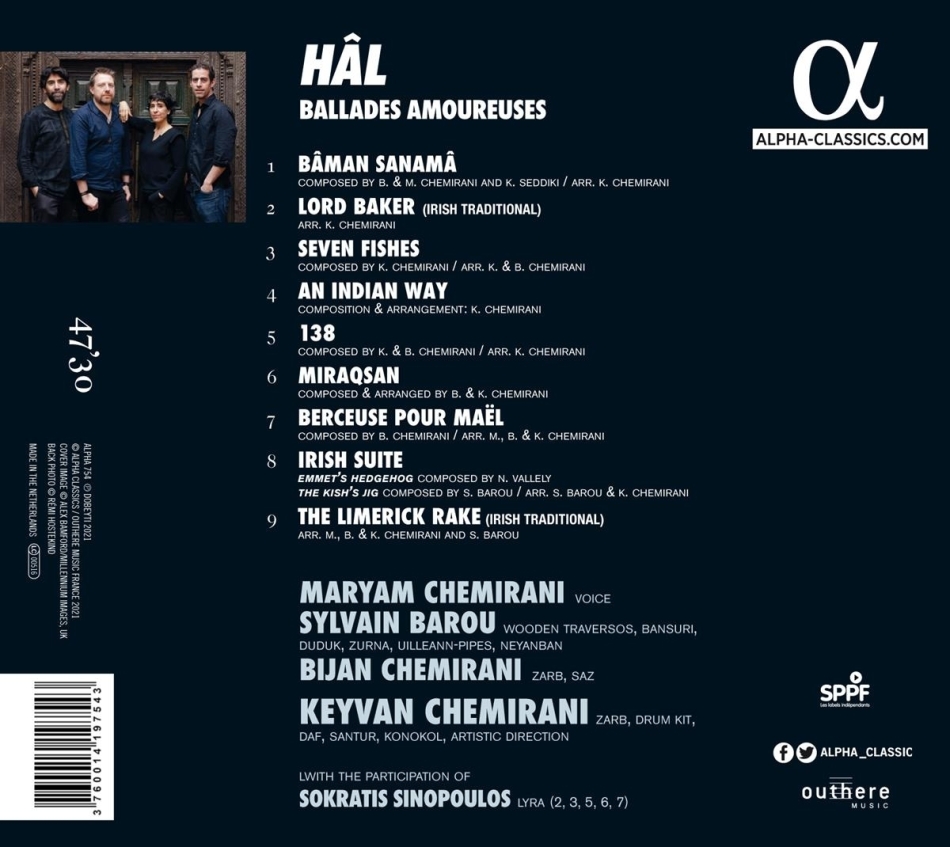 The talented Chemirani family - Keyvan, Bijan and Maryam - have recorded an album called Hâl (pronounced 'Hol'), which explores the intersection of Iranian, Indian and Irish music. Subtitled 'Love ballads', it features love poems with texts sung in English or Persian. The 'hâl' corresponds to the moment when one let's oneself go, that ecstatic state between awakening and self-forgetfulness... Keyvan, a zarb and percussion virtuoso, and Bijan, an expert on the saz lute and also a percussionist, are known from the highly regarded Trio Chemirani, formed with their father. This album introduces their sister Maryam, a singer but also a nurse, who followed in the footsteps of Mother Teresa in India, then worked in the Alpes de Haute Provence. Keyvan devised this program especially for her, inspired both by her voice which is 'warm and deeply generous' and her compassionate spirit which imbues her performance with added emotion. The incredible flute player Sylvain Barou, their brother in music, completes the ensemble.