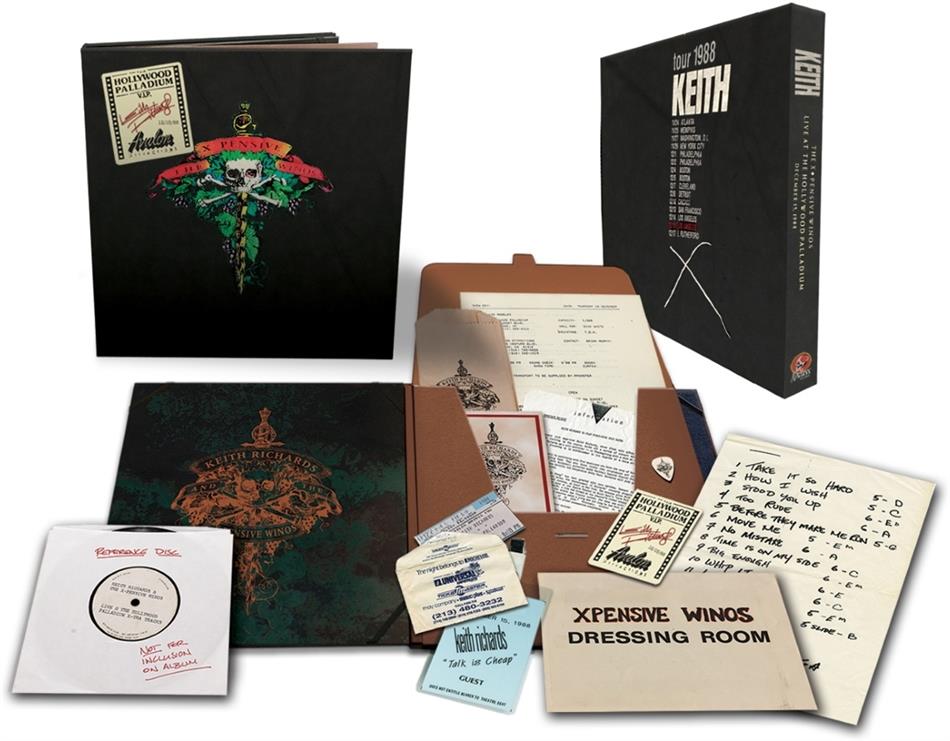 Building on the award-winning Talk Is Cheap package, Live At The Hollywood Palladium is presented in a matching folio, wrapped in a black cotton replica of the tour shirt sold that night, complete with a satin VIP pass on top. Inside is:

• The remastered album on 2 180g LPs
• 10" vinyl of 3 unreleased bonus tracks (I Wanna Be Your Man, Little T&A,
You Don’t Move Me)
*Exclusive to this box set only
• Remastered CD of original album
• DVD of original concert film
• 40 page, hardback book with David Fricke essay featuring a new interview with Keith, plus extensive rare and unseen photos from Keith’s archives

Reproductions of archival materials from the tour including: