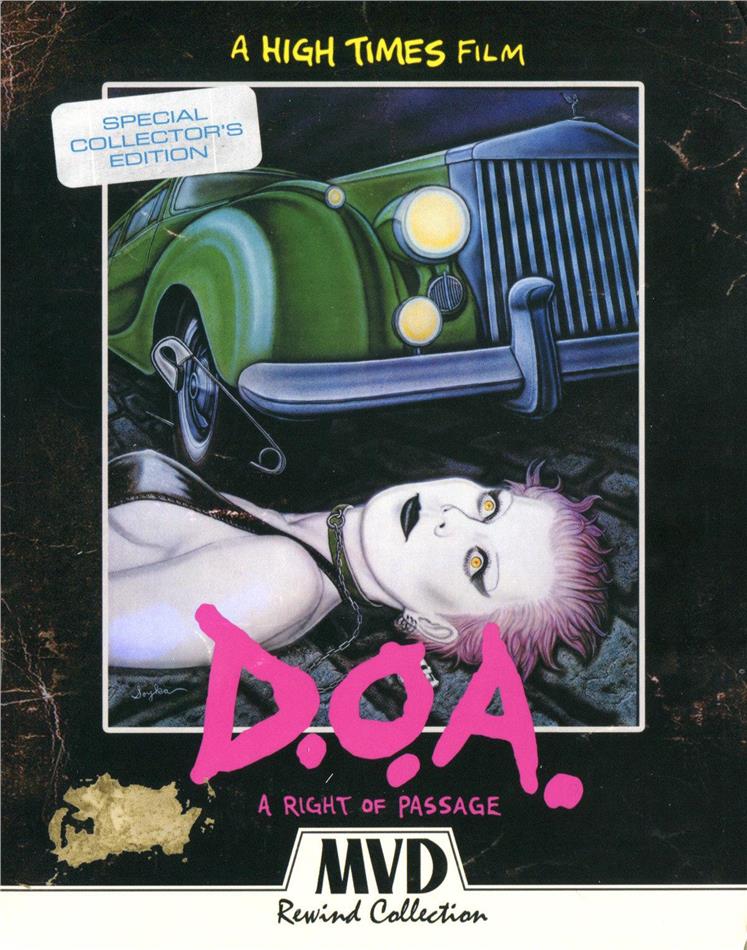 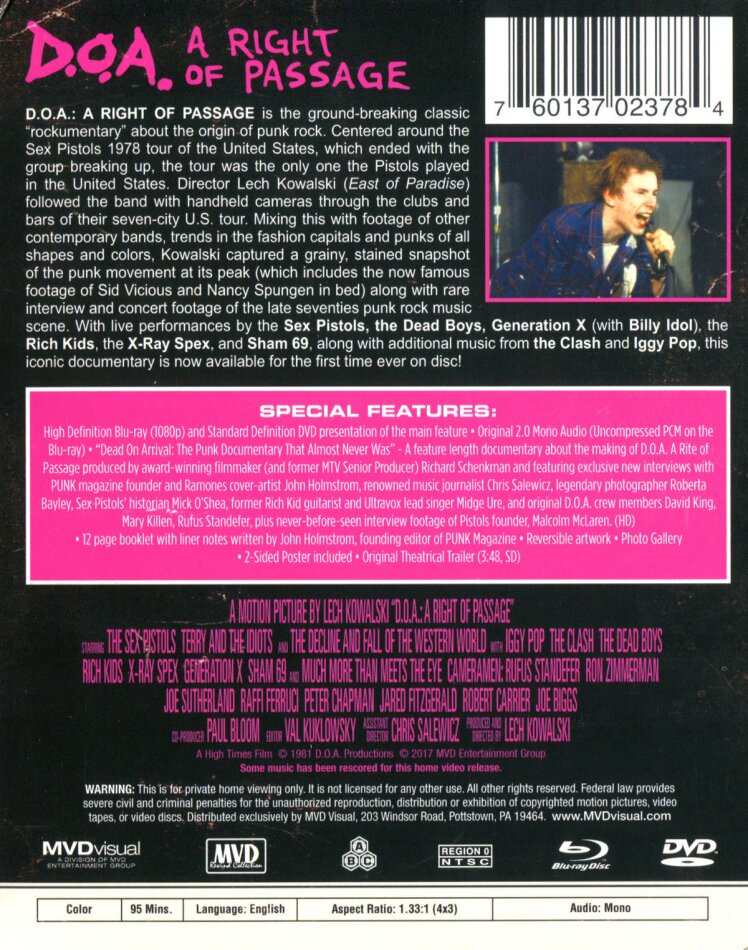 Classic punk rockumentary following the Sex Pistols 1978 tour, available for the first time! D.O.A.: A RIGHT OF PASSAGE is the ground-breaking classic "rockumentary" about the origin of punk rock. Centered around the Sex Pistols 1978 tour of the United States which ended with the group breaking up, the tour was the only one the Pistols played in the United States. Director Lech Kowalski (East of Paradise) followed the band with handheld cameras through the clubs and bars of their seven-city U.S. tour. Mixing this with footage of other contemporary bands, trends in the fashion capitals and punks of all shapes and colors, Kowalski captured a grainy, stained snapshot of the punk movement at its peak (which includes the now famous footage of Sid Vicious and Nancy Spungen in bed) along with rare interview and concert footage of the late seventies punk rock music scene. With live performances by the Sex Pistols, The Dead Boys, Generation X (with Billy Idol), The Rich Kids, the X-Ray Spex, and Sham 69, along with additional music from The Clash, Iggy Pop, this iconic documentary is now available for the first time ever on disc!