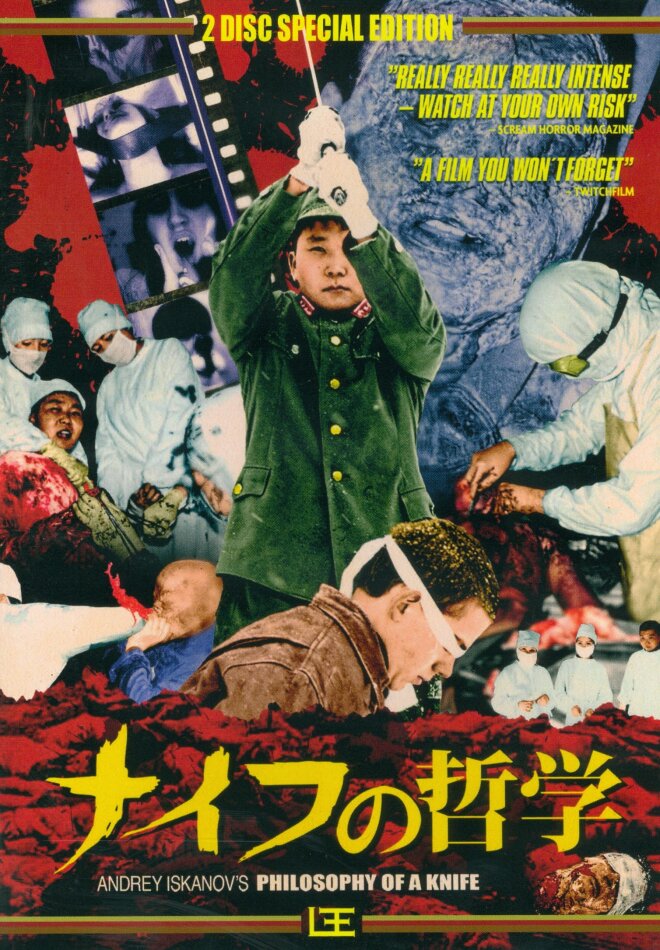 The true history of Japanese Unit 731, from its beginnings in the 1930s to its demise in 1945, and the subsequent trials in Khabarovsk, USSR, of many of the Japanese doctors from Unit 731. The facts are told, and previously unknown evidence is revealed by an eyewitness to these events: former doctor and military translator, Anatoly Protasov. Part documentary and part feature, the story is shown from the perspective of a young nurse who witnessed many of the horrors, and a young Japanese officer who is torn between his sincere convictions that he is serving the greater purpose, and the deep sympathy he feels for an imprisoned Russian girl. His life is a living hell as he`s compelled to carry out atrocious experiments on the other prisoners, using them as guinea pigs in this shocking tale of mankind`s barbarity. Philosophy of a Knife is truly one of the most violent, brutal and harrowing movies ever made.