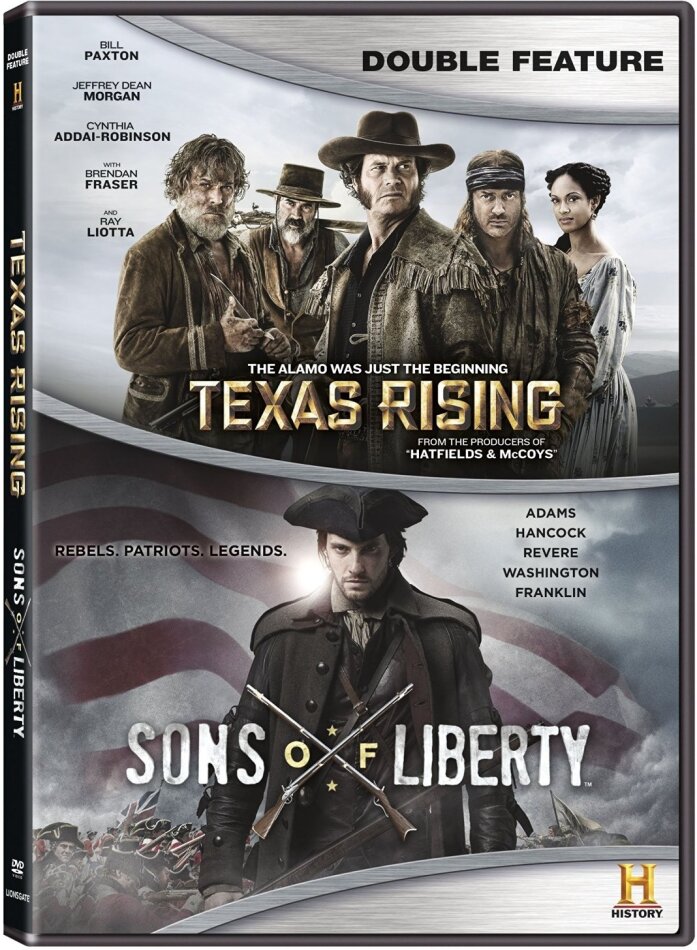 Texas Rising
History brings to life the true story of how the people of Texas fought for freedom against the mighty Mexican military that had overtaken the Alamo. The legendary Texas Rangers assembled for the first time against General Santa Anna's massive military might. United under the leadership of Sam Houston (Paxton) and with the help of his ragtag army, they passionately battled for life and country and the Lone Star State.

Sons of Liberty
As riots consume the streets of Boston, a dangerous game plays out between a British governor and ringleader Sam Adams, which escalates to extreme measures - street brawls, black market dealings, espionage, and murder. A sizzling, romantic affair percolates against a backdrop of rising civil unrest, the infamous Boston Tea Party, and Paul Revere's legendary ride. From the Battle of Lexington, a clash between the dedicated colonists and the superior British Army ensues, and the colonies join as a single, united country in the most epic revolution of our time. The outstanding cast features Ben Barnes as Sam Adams, Henry Thomas as John Adams, Dean Norris as Ben Franklin, Michael Raymond-James as Paul Revere, Jason O'Mara as George Washington, and Ryan Eggold as Dr. Joseph Warren.