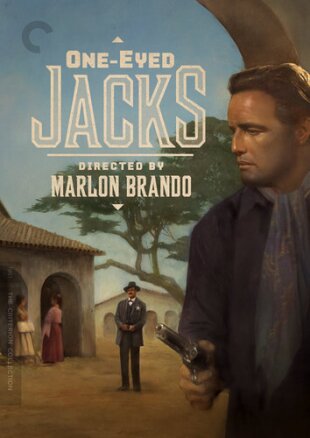 A western like no other, One-Eyed Jacks combines the mythological scope of that most American of film genres with the searing naturalism of a performance by Marlon Brando, all suffused with Freudian overtones and male anxiety. In his only directing stint, Brando captures the rugged landscapes of California’s Central Coast and Mexico’s Sonoran Desert in gorgeous widescreen, Technicolor images, and elicits from his fellow actors (including Karl Malden and Pina Pellicer) nuanced improvisational depictions of conflicted characters. Though overwhelmed by its director’s perfectionism and plagued by production setbacks and studio re-editing, One-Eyed Jacks stands as one of Brando’s great achievements, thanks above all to his tortured turn as Rio, a bank robber bent on revenge against his one-time partner in crime, the aptly named Dad Longworth (Malden). Brooding and romantic, Rio marks the last, and perhaps the most tender, of the iconic outsiders Brando imbued with such remarkable intensity throughout his career.