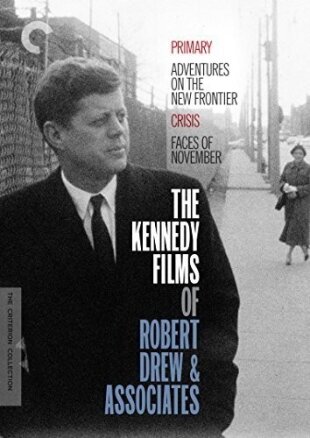 Seeking to invigorate the American documentary format, which he felt was rote and uninspired, Robert Drew brought the style and vibrancy he had fostered as a Life magazine correspondent to filmmaking in the late fifties. He did this by assembling an amazing team—including such eventual nonfiction luminaries as Richard Leacock, D. A. Pennebaker, and Albert Maysles—that would transform documentary cinema. In 1960, the group was granted direct access to John F. Kennedy, filming him on the campaign trail and eventually in the Oval Office. This resulted in three films of remarkable, behind-closed-doors intimacy—Primary, Adventures on the New Frontier, and Crisis—and, following the president’s assassination, the poetic short Faces of November. Collected here are all four of these titles, early exemplars of the movement known as Direct Cinema and featuring the greatest close-up footage we have of this American icon.