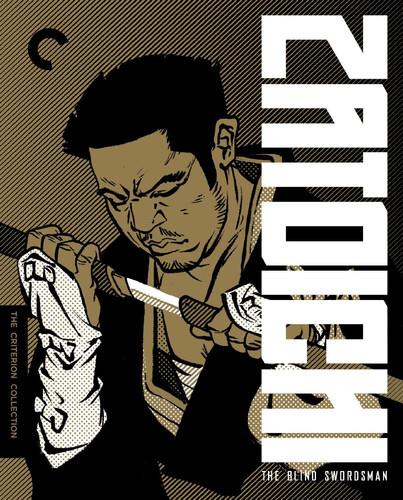 ZATOICHI is the twenty-sixth and final chapter in the iconic samurai film franchise that starred Shintaro Katsu and spanned nearly three decades. Known in Japan as Zatoichi 26 or Zatoichi '89, this lavish production was the last to star Katsu, who originated the title role of "the Blind Swordsman" in 1962 and the only entry where he served as writer and director. Older, wiser but still a wandering loner, the blind, peace-loving masseur Ichi seeks a peaceful life in a rural village. When he's caught in the middle of a power struggle between two rival Yakuza clans, his reputation as a deadly defender of the innocent is put to the ultimate test in a series of sword-slashing showdowns.

The colossally popular Zatoichi films make up the longest-running action series in Japanese history and created one of the screen’s great heroes: an itinerant blind masseur who also happens to be a lightning-fast swordsman. As this iconic figure, the charismatic and earthy Shintaro Katsu became an instant superstar, lending a larger-than-life presence to the thrilling adventures of a man who lives staunchly by a code of honor and delivers justice in every town and village he enters. The films that feature him are variously pulse-pounding, hilarious, stirring, and completely off-the-wall. This deluxe set features the string of twenty-five Zatoichi films made between 1962 and 1973, collected in one package for the first time.