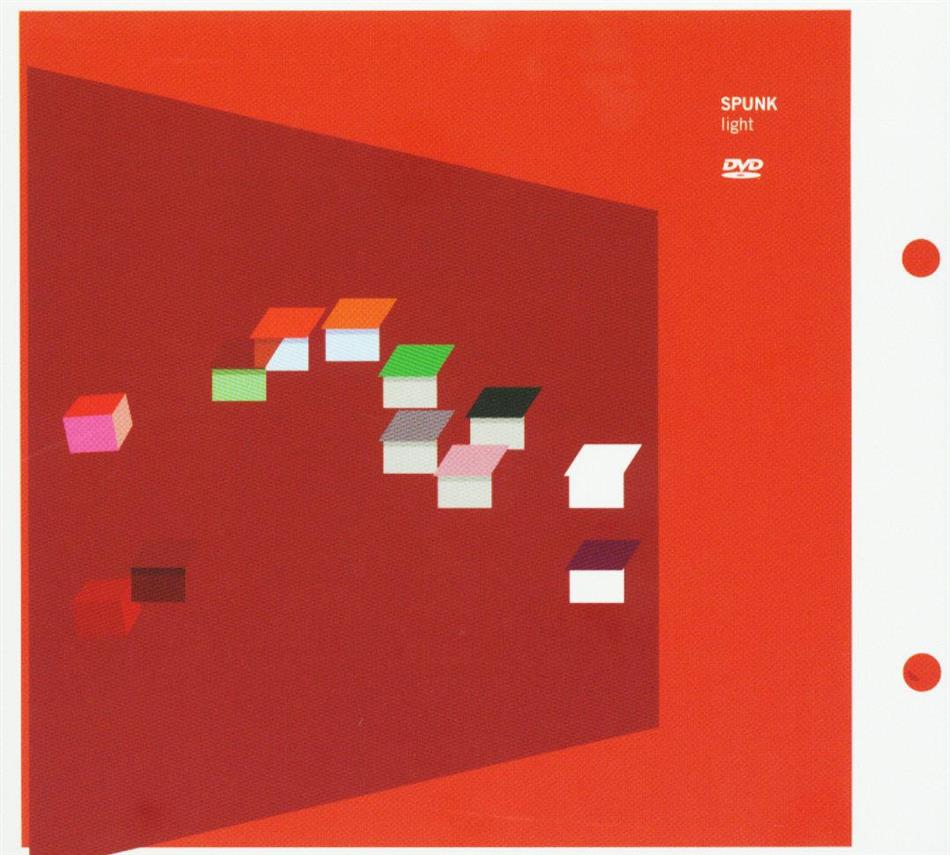 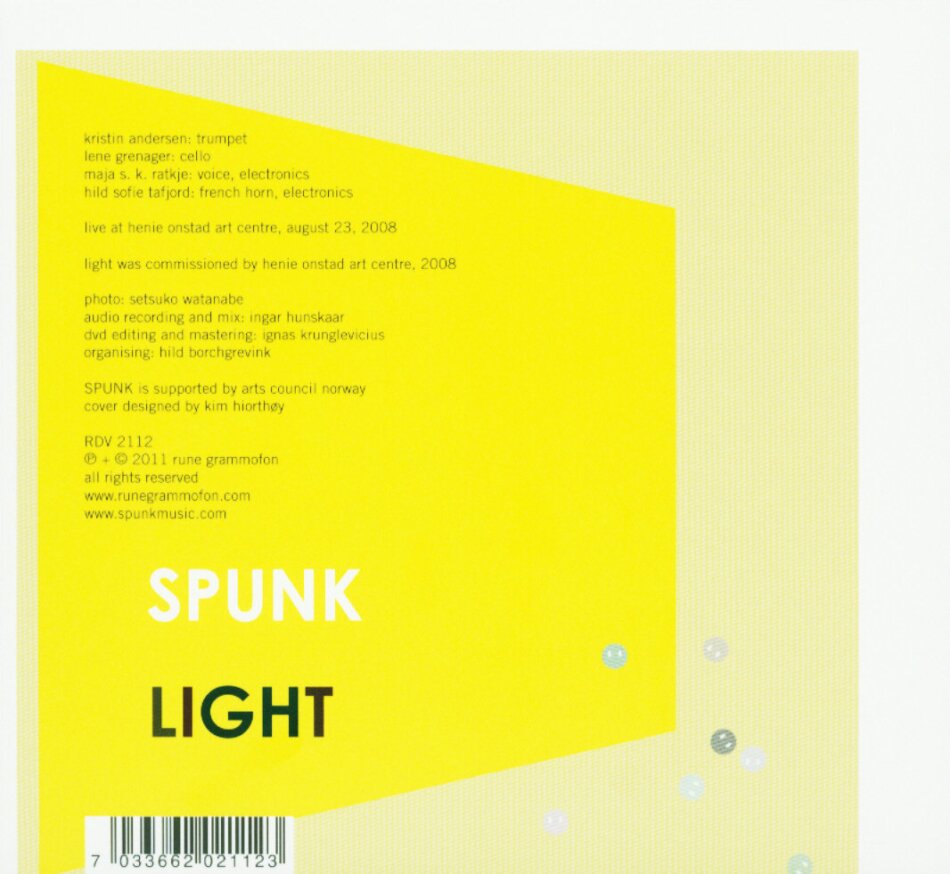 This DVD gives a rare and unique insight into the live experience of one of Norwayïs most prominent and long standing contemporary impro groups. Commisioned by the Henie Onstad Art Centre for itïs 40th anniversary in 2008, "Light" can be seen as an interaction between the art centreïs enviroment and the musicians. Free collective improvising is one of the most demanding ways of making music: the pitfalls are many - selfabsorption, incoherence, certain standardized "gestures" of free jazz, lack of dynamics, humourlessness - but Spunk are alert to the dangers. Bold, sometimes witty, always alert, they make engaging music, and keep the sound of surprise alive. They have no fear of bringing the music to the brink of anarchy - they are interested in
extremes as well as subtleties - but their instincts as composers also serve them well. Most of all, perhaps, Spunk convince by the force of their own
convictions. As Maja Ratkje says: "Music has to be strong. It deals with communication in an extremely direct fashion, within its own language. This is something that makes it vulnerable, but also, potentially, a bearer of great poetic power." Spunk have been going for more than thirteen years as a quartet without changing members and both work exclusively with improvised music, in concert as well as on record.