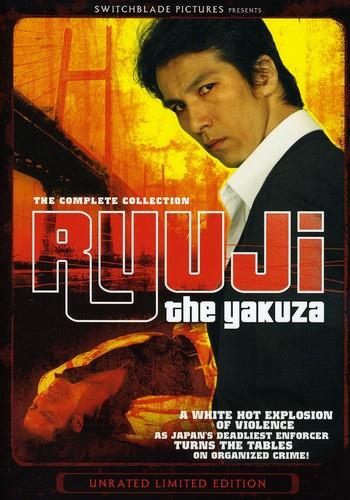 Behind a bloody veil of mystery, the puppetmasters of the Yakuza secretly control Japan. Yet for all their power, the Yakuza are governed by their own codes of loyalty and honor, and there are those who are seen not as criminals, but heroes. Ryuji Ogami, of the Goda-gumi, is one such enigma: torn between the worlds of Bullets and Bushido, his hidden compassion perfectly balances the brutal force of his lethal iron hand. If your cause is just, it is said, seek out Ryuji. But endanger those he cherishes, like young club hostess Megumi and his junior Kazuki, and he will find you. And when the code of the Yakuza is violated by his own gang, Ryuji's own code will leave him no choice. The city will burn as the deadliest man in Yokohama takes on his own in Ryuji The Yakuza! the complete collection!