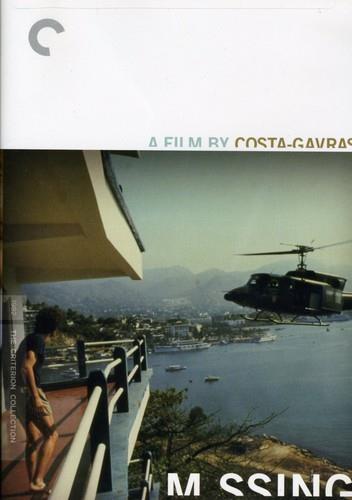 This tense real-life political drama about the 1973 kidnap and murder in Chile of young American journalist Charles Horman, directed by provocateur Costa-Gavras (Z, State of Siege, Betrayal), follows the efforts of the journalist's wife (Sissy Spacek - Carrie, The Coal Miner's Daughter) and father (Jack Lemmon - Some Like It Hot, The China Syndrome) to uncover the crime and bring those responsible to justice. Causing controversy upon its release (prompting the US government to condemn the film), this powerful indictment of US foreign policy went on to win an Academy Award® for Best Adapted Screenplay, as well as nominations for Best Actor, Best Actress and Best Picture.

Missing is political filmmaker extraordinaire Costa-Gavras's compelling, controversial dramatization of the search for American journalist Charles Horman, who mysteriously disappeared during the 1973 coup in Chile. Jack Lemmon and Sissy Spacek give magnetic, emotionally commanding performances as Horman's father and wife, who are led by U.S. embassy and consulate officials through a series of bureaucratic dead-ends before eventually uncovering the terrifying facts about Charles's fate and disillusioning truths about their government. Written and directed with clarity and conscience, the Academy Award-winning Missing is a testament to Costa-Gavras's daring.