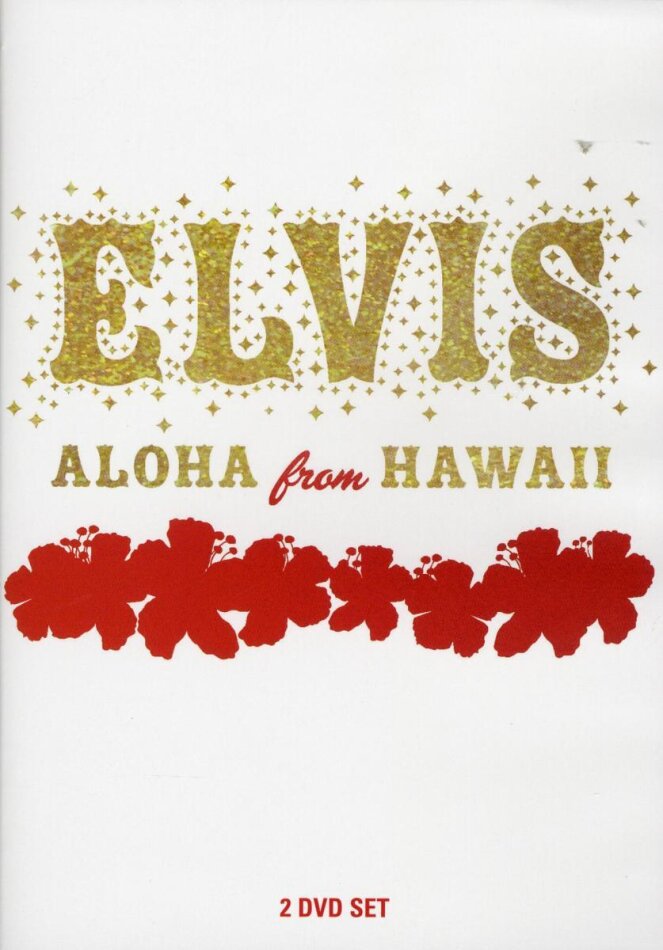 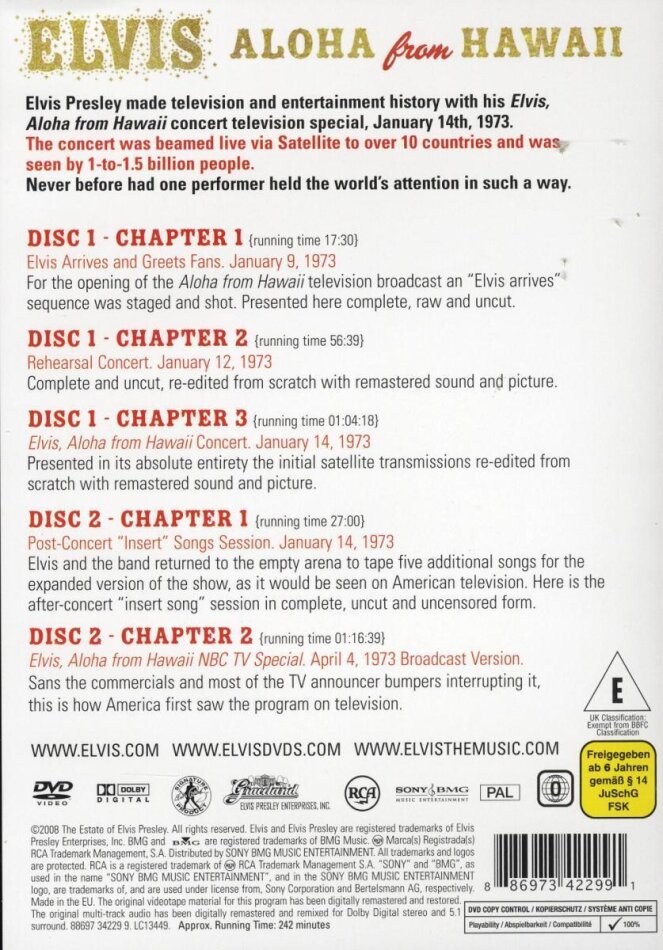 Recorded Live on January 14, 1973. Elvis Presley made television and entertainment history with his "Elvis - Aloha from Hawaii"-Concert, performed at the Honolulu International Center Arena on January 14, 1973. It was beamed live via Globecam Sattelite to various countries, on a delayed basis to approximately thirty European countries and it first aired in America that April 4th on NBC in edited form. The American broadcast version included four "insert" songs that were shot just after the concert. In all, the concert was seen in over forty countries by close to 1.5 billion people, a global ratings smash. Never before had one performer held the world`s attention in such a way. "Aloha from Hawaii" presents Elvis Presley at the pinnacle of his superstardom, giving one of the most outstanding concert performances of his career.