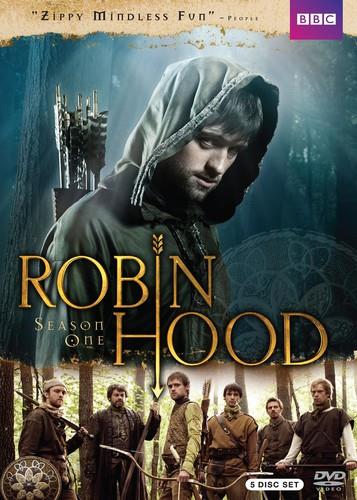 This all-action Robin Hood is jam-packed with colorful characters, gripping stories and outrageous scams as well as breathtaking archery and incredible swordplay.

Robin of Locksley heads home from the Crusades to find his people starving and brutalized under the tyrannical rule of the new Sheriff. Robin quickly discovers that the only way to reason with this Sheriff is with bow and arrow - even if it means sacrificing his title and his lands and consigning himself to life in the forest.

Along with trusty companion Much, trickster Allan A Dale and passionate Will Scarlett, Robin teams up with forest outlaws Little John and Roy, leading his gang to help Nottingham`s poor. His ally in Nottingham is Marian, the sweetheart he left behind when he for the Crusades.

As the series progresses and the gang fights on, how long can Marian keep amorous Gisborne at bay, will the Sheriff succeed in cornering Robin Hood, and what will Robin make of the sinister truth behind Gisborne and the Sheriff`s secret plotting? The state of England is rotten and Robin and the gang will learn that doing good deeds in Nottingham is a dangerous business indeed...