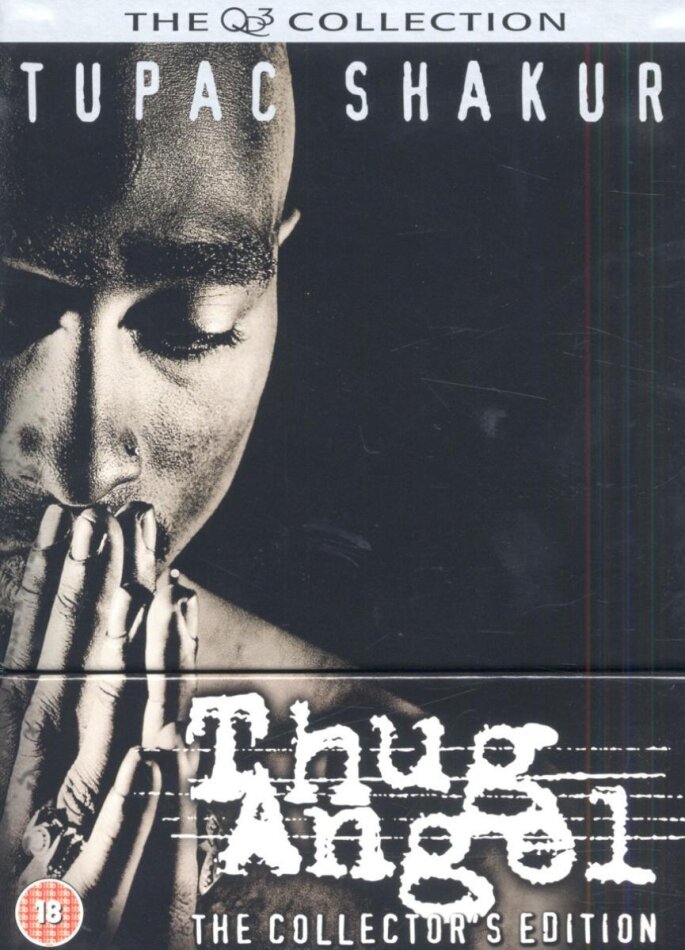 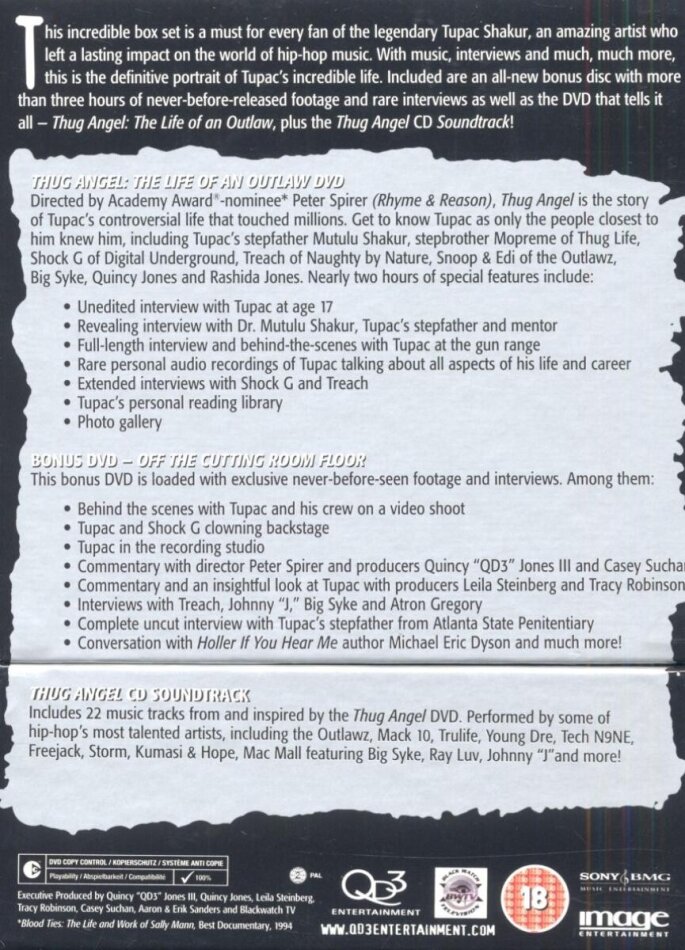 This incredible box set is a must for every fan of the legendary Tupac Shakur, an amazing artist who left a lasting impact on the world of hip-hop music. With music, interviews and much, much more, this is the definitive portrait of Tupac's incredible life. Included are an all-new bonus disc with more than three hours of never-before-released footage and rare interviews as well as the DVD that tells it all - Thug Angel: The Life of an Outlaw, plus the Thug Angel CD Soundtrack!

Directed by Academy Award-nominee Peter Spirer (Rhyme & Reason), Thug Angel is the story of Tupac's controversial life that touched millions. Get to know Tupac as only the people closest to him knew him, including Tupac's stepfather Mutulu Shakur, stepbrother Mopreme of Thug Life, Shock G of Digital Underground, Treach of Naughty by Nature, Snoop & Edi of the Outlawz, Big Syke, Quincy Jones and Rashida Jones.