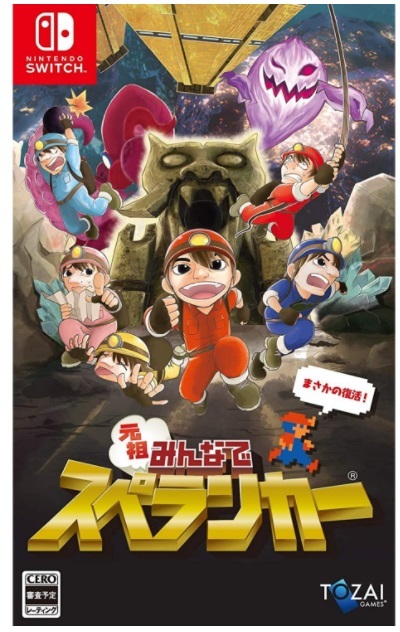 Are you looking for a platformer game best played with family or friends? Well, look no further!

Everyone Spelunker is a cool cave exploration game that is best played with family or colleagues. It is a platformer game that was first released in 2009 for the PlayStation 3 as "Minna de Spelunker," and won a PlayStation Award PS Store special award in the same year and has now been revived with a full remake!

Join the cave explorer "Spelunker," on a challenging mission as he traverses various caves full of mystery. Reach the depth of each cave and withstand all 100 stages filled with abandoned mines, underground lakes, ancient ruins, glaciers, and more!

But, be extra careful as Spelunker is known as the "weakest character in the video game history." As much as possible, don't fall or get hit by a bat poop or you'll die!

Spelunker's weakness means more tension awaits and a more challenging journey ahead! Who's ready for some interesting platformer/action game?