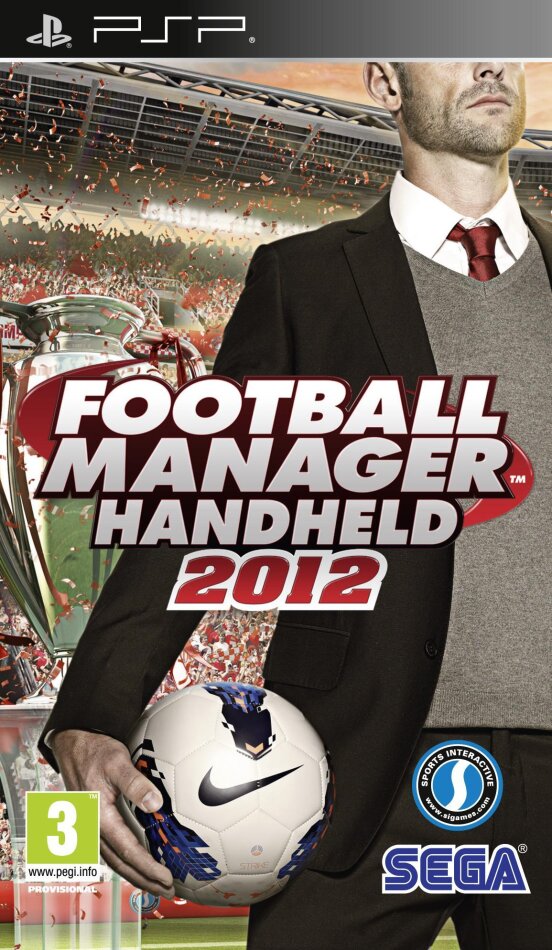 LONDON (August 11th, 2011) - Sports Interactive Ltd. & SEGA® Europe Ltd. today unveiled the latest version of their successful football management simulation series, Football ManagerTM 2012. Planned to be in stores before Christmas, Football Manager 2012 will once again allow you to take charge of your favourite football team and put your managerial skills to the test.
The award-winning Football Manager series has now sold in excess of 7 million copies worldwide and has topped the UK and many European PC charts for the last seven years, with over 108 weeks at no.1 in the UK to date.
"We´re delighted to finally be able to start talking about Football Manager 2012" said Miles Jacobson, Studio Director at Sports Interactive. "It´s another year of evolution, with some revolution thrown in for good measure so we´re pretty sure our dedicated communities, and hopefully lots of new people too, get to play and enjoy the game when it´s released later in the year."
Counting over 800 new features, not including changes to the rules of the games 50+ leagues, Football Manager 2012 promises to be the most realistic, immersive and playable football management simulation ever for any fan who has ever dreamed of making the big decisions, both on and off the field.

Transfers & Contracts - significant changes to the transfer and contract systems, including loyalty bonuses, better implementation of amateur and youth contracts, an improved transfer centre and the ability to lock areas of the contract negotiation when you aren´t prepared to budge. This helps you to manage your budgets and gives you flexibility in what you offer money hungry players, or agents, as incentives.

3D Match Improvements - new animations, a whole new crowd system, improved weather system, more stadiums, plus two brand new cameras - "Behind Goal" and "Director Cam" as well as all other camera angles being reversible - meaning you can watch and analyse every aspect of every game.

Manage Anywhere, Anytime - the ability to add or take away playable nations in your saved game as often as you want. Manage in that country at the start of the next season- meaning you don´t have to stay in the nations which are chosen by you to be playable at the start of your career.

Tone - a whole new level has been added to team talks and conversations, with the new tone system, which allows you to specify the way you want to say things - be as cool as a cucumber by saying things calmly or throw tea cups around by saying things with passion. There are 6 different tones to choose from with specific comments per tone.

Brand New Tutorial - standing separate from the main game, a mode to help new players find their way around the game easily, whilst also offering tips to experienced managers on how to get the most out of the game, as well as a new in-game "how to" system.

On top of these key innovations, there are lots of areas of the game that have had huge improvements, such as the media system, press conferences, the youth system, newgens, the social networking options, friendlies, international management and many more which will be detailed in a series of video blogs over the coming months, alongside more information about Football Manager 2012.

About Sports Interactive Ltd.:
Sports Interactive (SI) is the world´s leading developer of football management simulations through its Football Manager series of games Founded in 1994 and based in the Old Street area of London, SI has a full-time staff of 70 and employs services of more than 1,500 part-time researchers across the globe, alongside over 100 offsite beta testers. The company´s games have enjoyed an unparalleled history of commercial and critical success, with eleven of its creations among the UK´s Top 20 fastest-selling PC games of all time, and 6 in the UK´s top 20 best-selling PC games of all time. Sports Interactive became a wholly owned subsidiary of SEGA in 2006. Further information on the company and its games is available from the SI website, www.sigames.com.

About SEGA® Europe Ltd.:
SEGA® Europe Ltd. is the European Distribution arm of Tokyo, Japan-based SEGA® Corporation, and a worldwide leader in interactive entertainment both inside and outside the home. The company develops and distributes interactive entertainment software products for a variety of hardware platforms including PC, wireless devices, and those manufactured by Nintendo, Microsoft and Sony Computer Entertainment Europe. SEGA Europe´s web site is located at www.sega.com.