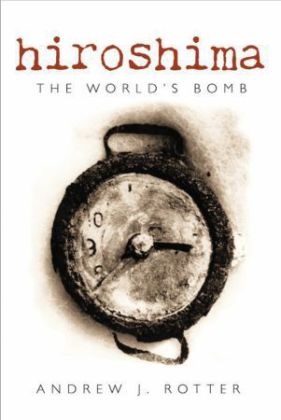 The US decision to drop an atomic bomb on the Japanese city of Hiroshima on 6 August 1945 remains one of the most controversial events of the twentieth century. However, the controversy over the rights and wrongs of dropping the bomb has tended to obscure a number of fundamental and sobering truths about the development of this fearsome weapon. The principle of killing thousands of enemy civilians from the air was already well established by 1945 and had been practised on numerous occasions by both sides during the Second World War. Moreover, the bomb dropped on Hiroshima was conceived and built by an international community of scientists, not just by the Americans. Other nations (including Japan and Germany) were also developing atomic bombs in the first half of the 1940s, albeit hapharzardly. Indeed, it is difficult to imagine anycombatant nation foregoing the use of the bomb during the war had it been able to obtain one. The international team of scientists organized by the Americans just got there first. As this fascinating new history shows, the bomb dropped by a US pilot that hot August morning in 1945 was in many ways the world's offspring, in both a technological and a moral sense. And it was the world that would have to face its consequences, strategically, diplomatically, and culturally, in the years ahead.