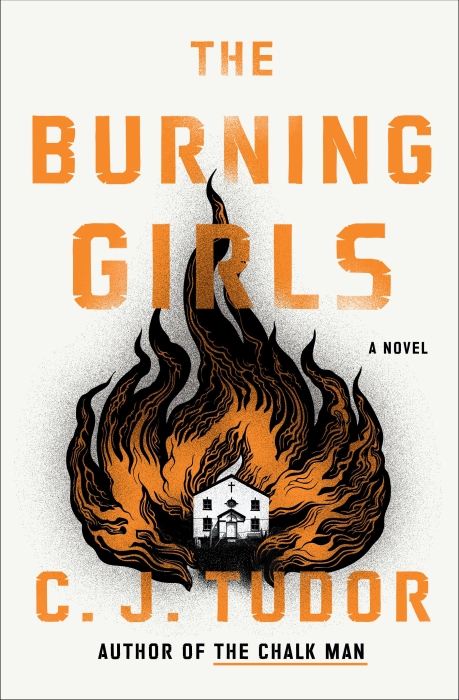 The Burning Girls - A Novel

b>An unconventional vicar must exorcise the dark past of a remote village haunted by death and disappearances in this explosive and unsettling thriller from the acclaimed author of The Chalk Man./b>br>br>b>NAMED ONE OF THE BEST BOOKS OF THE YEAR BY THE NEW YORK PUBLIC LIBRARY AND MILWAUKEE JOURNAL SENTINEL • “Hypnotic and horrifying . . . Without doubt Tudor’s best yet, The Burning Girls left me sleeping with the lights on.”--Chris Whitaker, New York Times bestselling author of We Begin at the End/b>br>br>A dark history lingers in Chapel Croft. Five hundred years ago, local Protestant martyrs were betrayed--then burned. Thirty years ago, two teenage girls disappeared without a trace. And a few weeks ago, the vicar of the local parish hanged himself in the nave of the church.br>br>Reverend Jack Brooks, a single parent with a fourteen-year-old daughter and a heavy conscience, arrives in the village hoping for a fresh start. Instead, Jack finds a town rife with conspiracies and secrets, and is greeted with a strange welcome package: an exorcism kit and a note that warns, “But there is nothing covered up that will not be revealed and hidden that will not be known.”br>br>The more Jack and daughter, Flo, explore the town and get to know its strange denizens, the deeper they are drawn into the age-old rifts, mysteries, and suspicions. And when Flo begins to see specters of girls ablaze, it becomes apparent there are ghosts here that refuse to be laid to rest.br>br>Uncovering the truth can be deadly in a village with a bloody past, where everyone has something to hide and no one trusts an outsider.