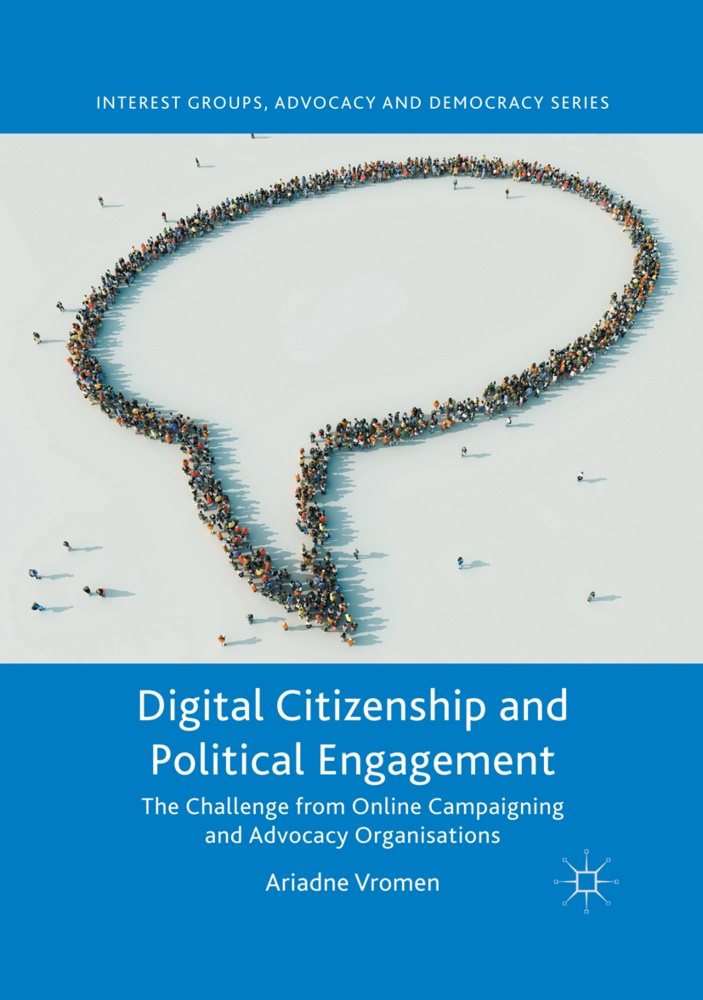 This book considers the radical effects the emergence of social media and digital politics have had on the way that advocacy organisations mobilise and organise citizens into political participation. It argues that these changes are due not only to technological advancement but are also underpinned by hybrid media systems, new political narratives, and a new networked generation of political actors. The author empirically analyses the emergence and consolidation within advanced democracies of online campaigning organisations, such as MoveOn, 38 Degrees, Getup and AVAAZ. Vromen shows that they have become leading political advocates, and influential on both national and international level governance. The book critically engages with this digital disruption of traditional patterns of political mobilisation and organisation, and highlights the challenges in embracing new ideas such as entrepreneurialism and issue-driven politics. It will be of interest to advanced students and scholars in political participation and citizen politics, interest groups, civil society organisations, e-government and politics and social media.

Ariadne Vromen is Professor of Political Sociology at the University of Sydney, Australia. Her research interests include: political participation, social movements, advocacy organisations, digital politics, and young people and politics. She has completed extensive research on young people’s political engagement, including a comparative project on social media use in Australia, the UK and USA. She has also co-authored several texts on Australian politics, including Powerscape: Contemporary Australian Politics (2009).

This book considers the radical effects the emergence of social media and digital politics have had on the way that advocacy organisations mobilise and organise citizens into political participation.