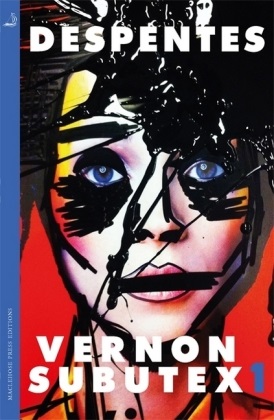 SHORTLISTED FOR THE MAN BOOKER INTERNATIONAL 2018
WHO IS VERNON SUBUTEX?

An urban legend. A fall from grace. The mirror who reflects us all.
Vernon Subutex was once the proprietor of Revolver, an infamous music shop in Bastille. His legend spread throughout Paris. But by the 2000s his shop is struggling. With his savings gone, his unemployment benefit cut, and the friend who had been covering his rent suddenly dead, Vernon Subutex finds himself down and out on the Paris streets.
He has one final card up his sleeve. Even as he holds out his hand to beg for the first time, a throwaway comment he once made on Facebook is taking the internet by storm. Vernon does not realise this, but the word is out: Vernon Subutex has in his possession the last filmed recordings of Alex Bleach, the famous musician and Vernon's benefactor, who has only just died of a drug overdose. A crowd of people from record producers to online trolls and porn stars are now on Vernon's trail.
Translated from the French by Frank Wynne

VIRGINIE DESPENTES is a writer and filmmaker. Her first novel, Baise-Moi was published in 1992 and adapted for film in 2000. She is the author of over fifteen further novels, including Apocalypse Baby (2010) and Bye Bye Blondie (2004), and the autobiographical work, King Kong Theory (2006). She won the Prix de Flore in 1998 forLes Jolies Choses, the 2010 Prix Renaudot for Apocalypse Baby and Vernon Subutex One won the Prix Anaïs Nin in 2015, and was shortlisted for the Man Booker International in 2018.

The cult French social satire that has taken Europe by storm, and cast a penetrating light on the dark underbelly of modern urban life.

The cult French social satire that has taken Europe by storm, and cast a penetrating light on the dark underbelly of modern urban life.

Disturbing and compelling . . . I loved and hated Vernon but I couldn't leave him alone . . . Relentlessly brilliant. Reading it was like being on a runaway train - you know it will probably end in disaster but you might as well enjoy the thrill of the ride - it's unputdownable.