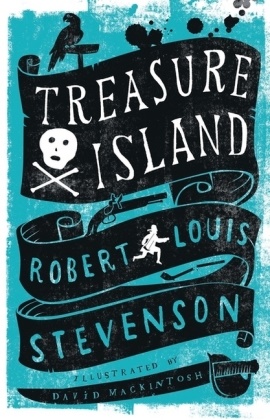 Zusatztext This novel sets the bar for everything a child could want from a pirate story. Informationen zum Autor Born in Edinburgh in 1850, to strict Calvinist parents, Robert Louis Stevenson was a famous Scottish novelist, poet and travel writer. His ill health meant that he spent the latter part of his life voyaging the world, in an attempt to find a climate that suited his health, and this contributed to the exoticism of much of his work. He finally settled in Samoa, and died in 1899. Revered during his lifetime, and often harshly underrated since his death, Robert Louis Stevenson is today recognized as one of the the great writers of the nineteenth century, having influenced authors such as Graham Greene, Jorge Luis Borges and Vladimir Nabokov. Klappentext New in the series of fresh editions of classic works, aimed at younger readers. With illustrations by David Mackintosh, this is one of the best adventure stories ever written. Ages: 12+ Zusammenfassung This new edition contains more than 35 illustrations by acclaimed illustrator David Mackintosh and a wealth of extra material.