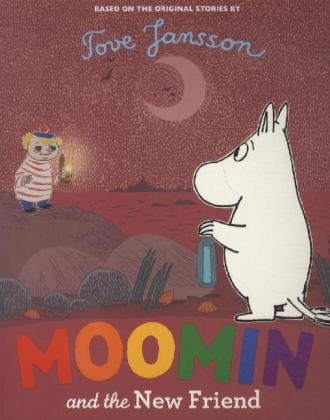 Moomin and the New Friend

Informationen zum Autor Tove Jansson was born in Helsingfors! Finland! in 1914. Her mother was a caricaturist who designed 165 of Finland's stamps and her father was a sculptor. She studied painting in Finland! Sweden and France! and subsequently became a book illustrator. Her extraordinary illustrative style is seen as a design classic the world over. Originally written in Swedish! the Moomintroll books have been translated into 34 languages and adapted for television! film! radio and opera. Tove Jansson lived alone on a small island in the gulf of Finland! where most of her books were written. She died in 2001. Klappentext When Moomintroll and Sniff find a message in a bottle down on the shore! it leads to an expedition to Lonely Island on a little raft. High winds and a storm at sea nearly lead to disaster but they are rescued by a new friend! the ever-resourceful Too-Ticky. This is a magical picture book about the Moomins.